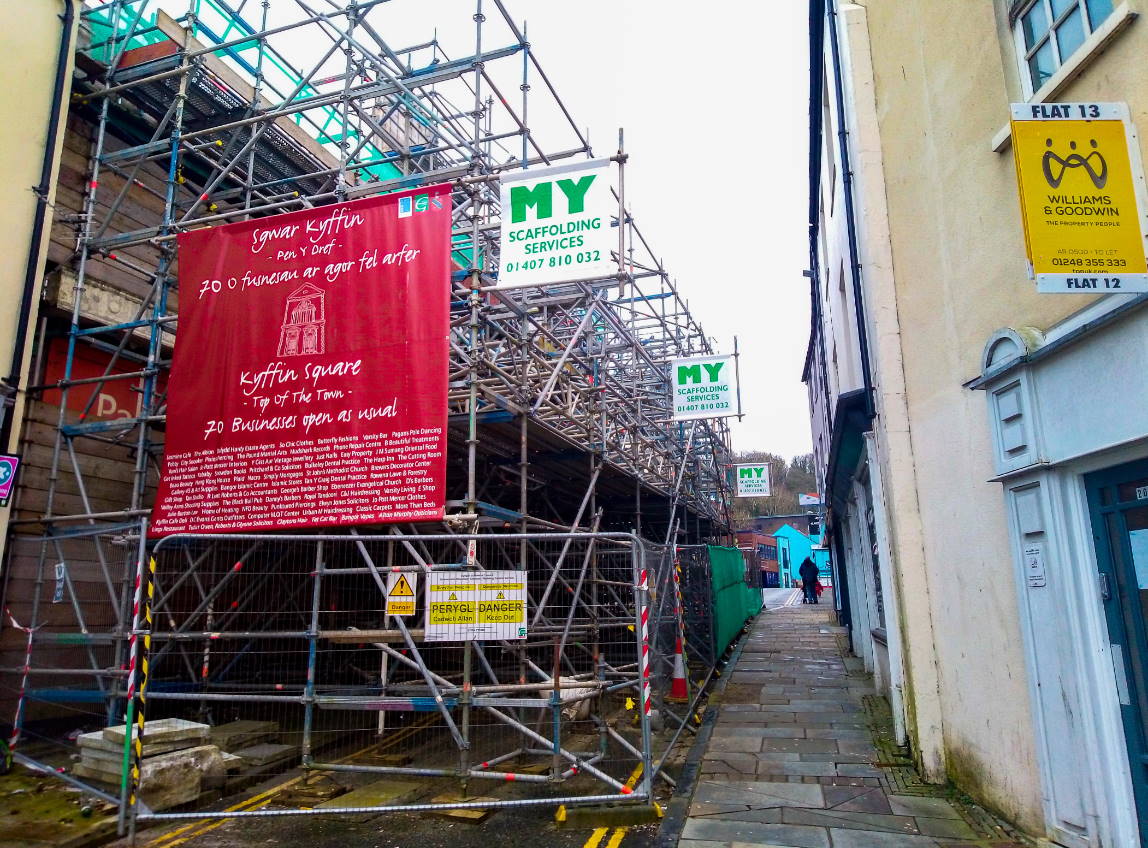 After over a year, demolition work is set to begin on two properties in Bangor which were ravaged by a fire.

The buildings – Noodle One and Morgan’s clothes shop – were destroyed in a “catastrophic” fire in December 2019.

Since that time, a large section of Bangor’s High Street has been closed off to traffic and barricaded with scaffolding which has remained there since the blaze occurred.

Concern was raised over the impact the road’s closure would have on other businesses further down the High Street, such as the café Kyffin, numerous barber shops, and shops such as The Other Side.

The ongoing COVID-19 pandemic also had an impact on the construction work necessary to remove the buildings and restore the road.

The 13-week project to restore the High Street will commence on February 1st, and will be formed of two phases.

The first phase – which will take approximately seven weeks – will see the road strengthened in order to support the crane required to demolish the buildings.

After this phase, another will commence which will see the demolition of the buildings and re-opening of the road, which will last another six weeks.

The council’s head of environment, Dafydd Wyn Williams, has said this on the construction work:

“We fully acknowledge the impact and disruption this situation has caused to local residents and traders.

I am therefore very pleased that we have reached a situation where work can now begin on the site, with a view of re-opening this section of the High Street to traffic as soon as possible”.