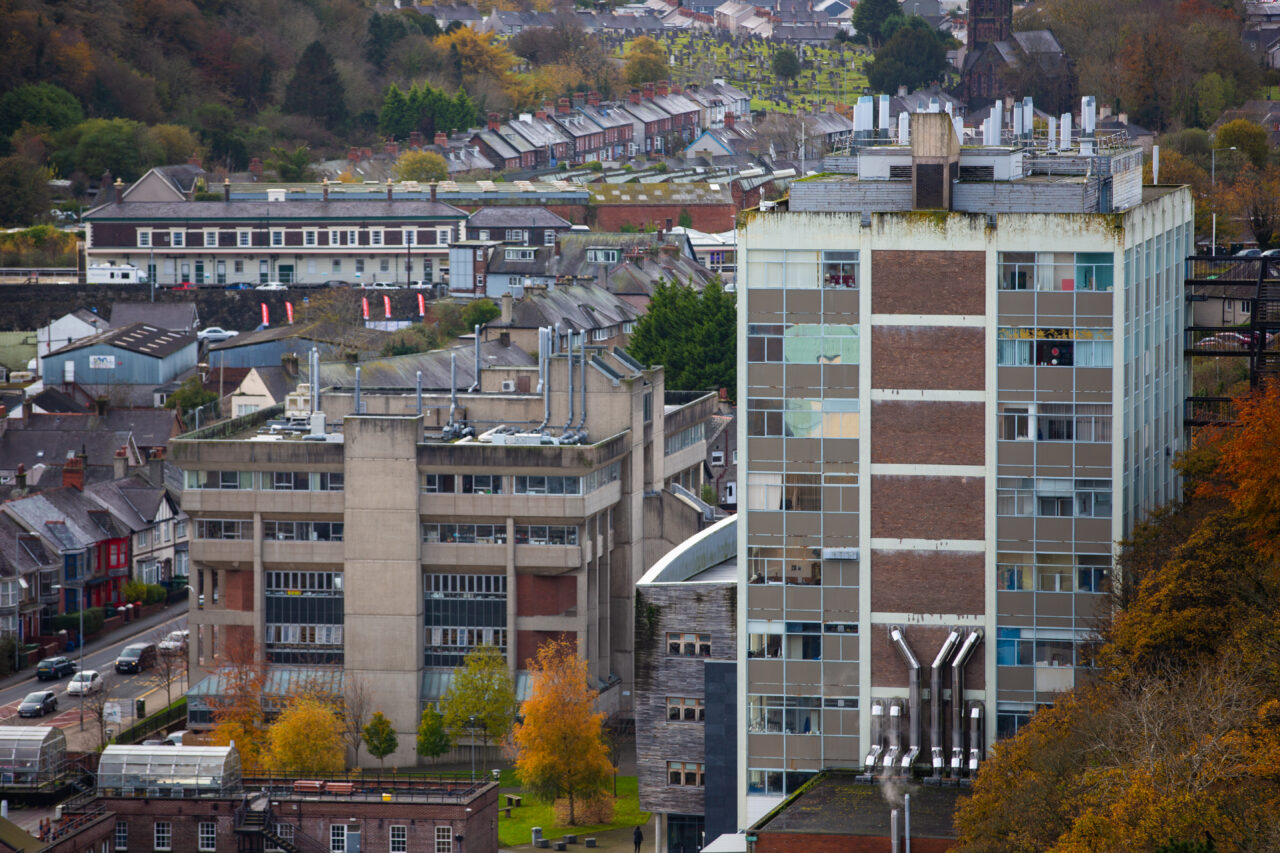 Back in February 2021, we at Seren Published an article that documented the closure of the ‘Alun Roberts’ building, named after the esteemed agriculture and botanist professor during his tenure at the university during its years when it was referred to as the University College of North Wales. Better known within the city as the ‘Chemistry tower’, the article expressed student and staff disappointments within the subject and the sadness they felt losing a piece of history and funding within their department.

Almost two years later and the plan has officially been revealed to knock the prestigious building down following allegations throughout the city of black mold and structural instability. Following a report by Bangor universities student union, Undeb, the department issued a statement regarding studies, they regarded individuals who often used the building and promised suitable replacements to lectures. “For students, this will involve changes to the location of some teaching and research activities. Alternative arrangements have been made for teaching and tutorials held from 15th October onwards – please check your timetable for up-to-date information.” The inconveniences of the towers’ demolition is reportedly in the name of safety in order to protect students, staff, and members of the general public from harm.

Throughout the years since the structure was first developed, it has housed multiple departments including Bangor universities Bio-composite Centre, Bangor School of Natural Sciences and the Confucius Institute. Furthermore, during the crises that took place during the Covid-19 pandemic, the Alun Roberts building was one of Bangor’s most important locations for the research of covid-19 related water wastage.

Following Waste Awareness week, (17th -23rd October), Bangor was home to multiple events throughout the city, developed to promote longevity and education about sustainability within the community and its surrounding areas. The community of Bangor was host to multiple workshops and talks throughout the city including a drop-in session referred to as ‘The Repair Café’.

Responding to multiple outlets on the projects, Undeb communications leader Ffion Monks, expressed excitement at the prospect of expanding the lifespan of many treasured items. “We’re excited to be able to extend the Repair Café to local residents and were hoping to get plenty of items fixed” [The Bangor Aye].

Gwynedd Council and partners Keep Wales Tidy arranged events surrounding the city. These events ranged from litter picking to free health and sanitation provisions. The aim of this was to further provide the community with a sense of unity and togetherness, whilst exploring and teaching the future generations of medical and environmental reusability and ecological stability during a recession that’s garnered an increase in living costs and political concerns.

Operating as the only active hub in Wales to receive and distribute calls from the general public to emergency services nationwide, many employees have expressed disgust and a requirement for fairer pay from the CWU (Communication Workers Union) and have announced plans to withdraw labour within the BT and Openreach branches until a fairer more consistent deal is approved. News comes following multiple attempts at signing a new fairer pay deal that according to many ‘company officials are not interested in resolving’.

With a total of four planned action strikes taking place between 10th – 24th October, many hope that they will receive the attention needed and hope that they will be able to sign a deal that will improve their lives and provide them with a fair living cost. A previous strike heralded more than 500 individuals from interconnected departments who joined in solidarity to speak out against what they believe to be an injustice to hard working people.

“ 999 operators are using foodbanks; they’re worried about the cost of living and are being stretched to the limit” [The Bangor Aye].

The lack of interest from BT’s governing body has led to the formal statement by CWU, expressing the current rate of pay as an insult of all the hard work faced by employees. “At the heart of the dispute is BT’s unilateral imposition of an insulting flat rate pay-rise of just £1,500 this spring – following no consolidated increase at all last year – and management’s steadfast refusal to reconsider its position, despite spiralling inflation and an ever-deepening cost of living crisis”.

According to BT services, a standardised level will be maintained during the strikes to insure the general public has access to emergency services with individuals being drafted in from other locations across the county.