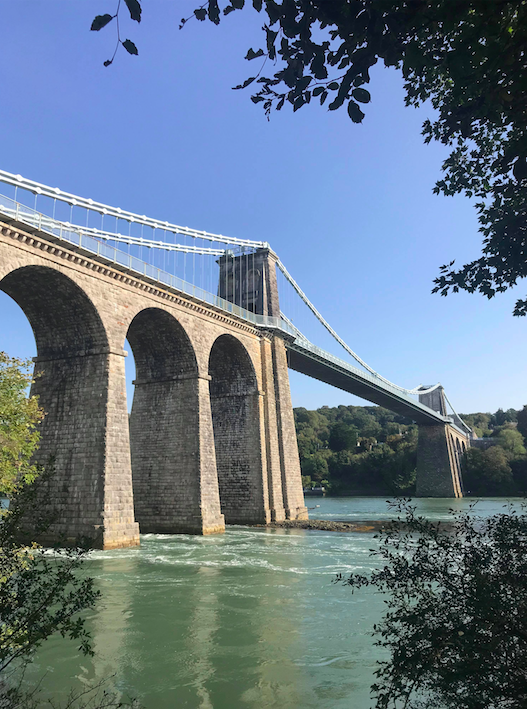 Connecting the isle of Anglesey to Bangor, Gwynedd, and the rest of Wales, the Menai Suspension Bridge is crucial and a mainline route for pedestrians and companies alike to travel for both business and leisure. Following reports of structural safety issues however, the main route onto the island from Bangor has been cordoned off for the safety of the general public. Many citizens of Northern Bangor expressed  annoyance at the added stress the route’s closure has had and will proceed to have on their day-to-day lives in the months that are to follow.

According to Twitter, [@WelshGovernment] the official page for news within Wales “Menai Bridge has closed for the essential maintenance following advice from UK Highways engineers. It is expected to be closed until the new year and traffic will be diverted to Britannia Bridge.” The report comes following an apology of inconvenience to the general public however ensures that the footpaths along the bridge are to remain open to the general public and cyclists alike.

“While this issue will cause disruption, we must act in the interest of public safety. [Spokesperson, UK Highways A55]”. This report comes following immediate congestion on the A55 following the bridges initial reports and it is estimated that the congestion will only increase over the coming weeks.

Following the suspended activity of The Menai Suspension Bridge, an increasing number of individuals have expressed concerns about the potential closure of Britannia Bridge – which currently resides as the single form of entering and exiting the island. Government officiants have already addressed these concerns, expressing how whilst the likelihood of this event taking place is miniscule, they do have contingency plans in place following prearranged plans to enact works on Menai bridge within a few months. Whilst the timeline has been decreased the plans remain firm and have been discussed with partners including NMWTRA, UK Highways and the North Wales Police Department.

Government officials have also stated priority and constant communication upon the repairs as the year continues.