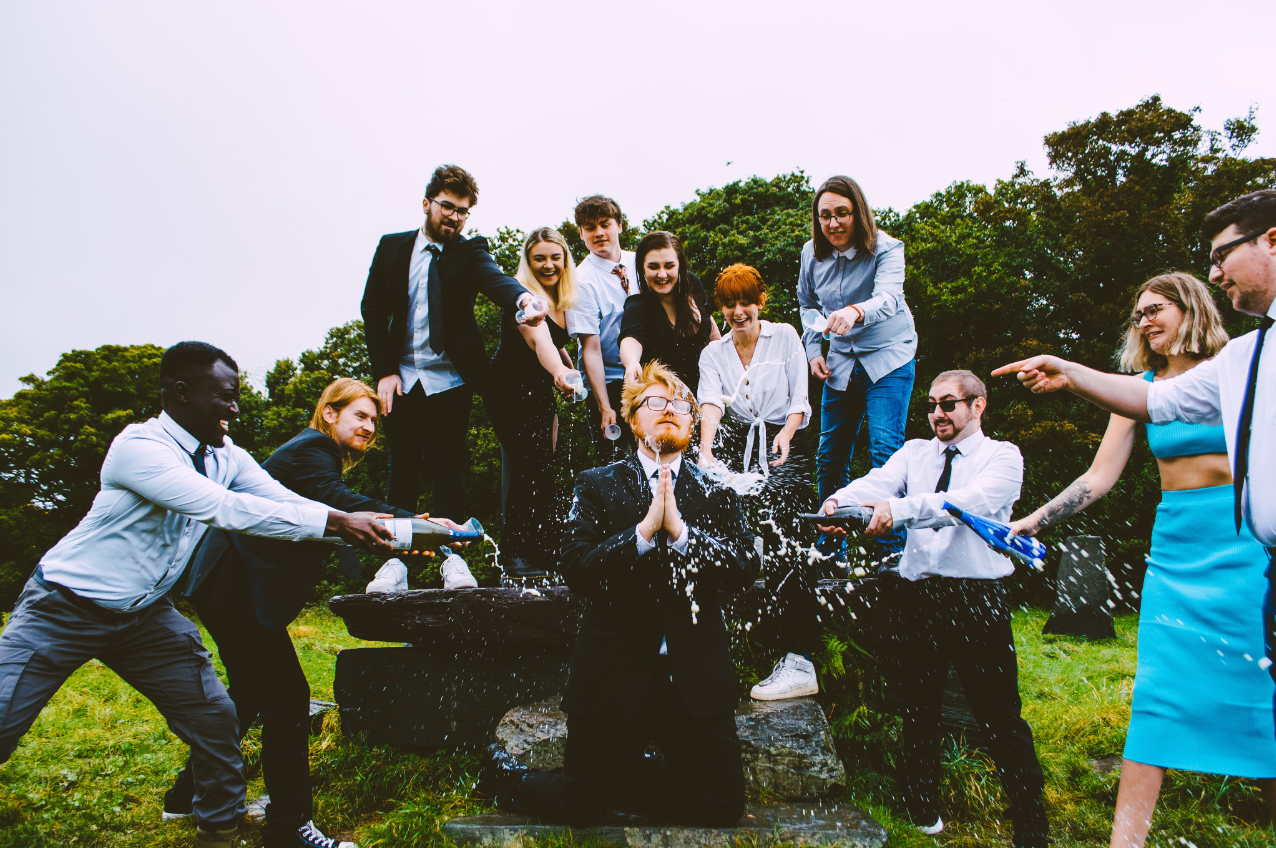 Culture My Arts, described as a radio show, audio drama & podcast rolled into one, was made independently by 15 Bangor graduates over lockdown. 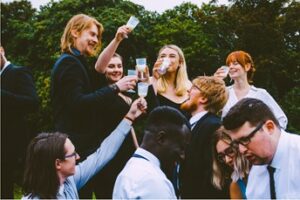 Culture My Arts is born and based in Bangor, North Wales, but has a 15-person ensemble cast from a variety of places in Wales and the rest of the UK.

Alongside the podcast, Culture My Arts also posts videos and sketches on their social media platforms.

This includes a music video for their comedy rap song, ‘Dropped My Kebab’, written about the tragedy of dropping your kebab on a night out. This song has gone on to receive features on BBC Local Radio also. In addition to this, they’ve got a promo sketch with Bangor uni’s SU President Henry Williams!

Series 2 is already in production for release in 2021 after a successful Patreon campaign which saw Culture My Arts hit their break-even point.

You’ve done it! How do you feel now that you’ve completed your first series of Culture My Arts?

Everyone is super proud. We’ve been enjoying getting it out there and interacting with the people who’ve been brave enough to listen. I think it’s important that we don’t just release the podcast and say: “There you go.” We really appreciate the support so far. So, we’re returning the favour by continuing to show love to our listeners and bring them on the journey.

Personally, though, when I finished editing that final episode, I felt this strange sense of: “What the f**k do I do now?” So, there’s already a huge list of potential sketches in my phone notes for Series 2. Hopefully, now we’ve planted our flag in the ground, we can really kick on from here and keep growing.

How did you get Julian Lewis Jones involved?

It was never really the plan to get a celebrity cameo. I’d met him as a sound recordist on the set of a Bangor student Masters’ film called ‘We Chosen Few’ by Ryan Proudlove. We got on well and traded banter back and forth. There was a point where he mentioned he was a big Mighty Boosh and Garth Marenghi’s Darkplace fan. For anyone who doesn’t know Garth Marenghi… it was an immensely funny parody of 80’s horror on Channel 4. Very deadpan. Very surreal.

I didn’t say it then, because I didn’t want to heartlessly plug a podcast mid-conversation, but I knew he’d probably like Culture My Arts. So, I sent him a message a few weeks later with a line of dialogue and he recorded it! We still keep in touch every now and again on Instagram… Usually I tell him he’s drinking some great beers.

How did you manage this project at the same time as working and coping with the pandemic?

With great difficulty… there were times we didn’t think we would be able to record. Managing 15 people’s schedules was a bloody nightmare. And, of course, this isn’t paid work. So, everyone had to take time from their actual jobs in order to do this. We do this for the passion of doing it, and because we’re a bunch of mates who like making funny stuff.

We were very lucky that we were able to record in that strange limbo in September/October where restrictions were still somewhat lenient. Obviously, we still had to keep the process as Covid-compliant as possible.

It was challenging, but completely worth it. We’re chuffed we’ve managed to pull something like this off in a pandemic, where, for most people, 2020 was a write off. It’s something to be proud of, and I think people who engage with us have appreciated that as well.

For our students looking to get into the creative industry, do you have any advice or tips?

Well, right now, I work in Digital Media. So, from my personal perspective, experience is important. Of course, your degree is what you’re in university for. But it’s crucial to use your spare time and try and do as many things as possible to give you an edge.

I guess this is where Culture My Arts comes in. As I say, it’s not a paid project. It’s not technically even work. But will it go on my CV? Absolutely. Voluntary experience of any kind is valuable because it highlights that money doesn’t motivate your ability to show initiative, drive, passion and responsibility.

So, start something. Start anything. Take part in volunteering projects. Join societies. It’s genuinely what I owe everything to today… and Bangor is such a great place to do these things as well. I think that’s why the University has always bred great volunteers and societies. 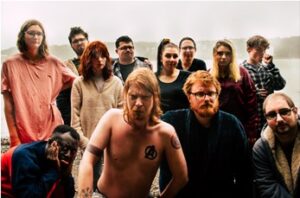 What might we expect to hear in your debut episodes?

Don’t want to ruin anything. But… I guess I can divulge in more detail what is in there. Yorkshire miners rapping to Kanye West, lots of digs at the royal family, presenters getting drunk live on air, people dying in VR games, a Goose MP, a possessed synth-pop singer, a Moth love stories, relaxation tapes, vulgar children’s stories. That’s just skimming the surface. Go and experience the madness for yourself. It really is an alternative dimension.

This may be early days still, but will there be another series?

Series 2 is confirmed. We reached our break-even milestone of £100/month on Patreon. This will help us cover our costs from Series 1 and get everyone back in Bangor for Series 2. We’ll aim to release at the same time of year. We’re excited to do it all again. So a huge thank you to everyone who has become a Patron, listened to and supported us so far. We promise to keep repping Bangor.

Right… I’ve got to go and write the bloody b**tard, now.