Bangor shaken by earthquake 3.0 in magnitude 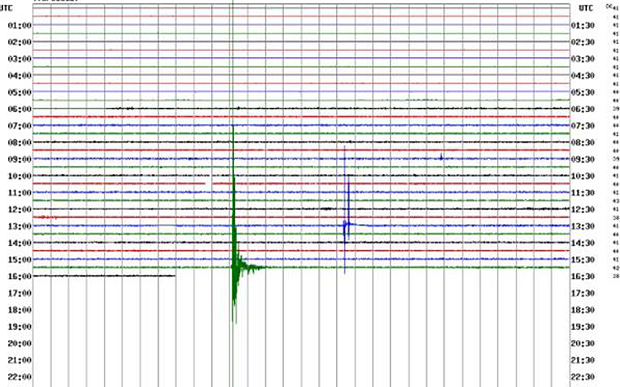 Bangor was today shaken by an earthquake with an epicentre off the coast of Anglesey near Caenarfon airport lasting a few seconds. The British Geological Survey measured the quake at 16:41 local time with a magnitude of 3.0 on the Richter scale and with a depth of 9km. The quake was felt throughout Anglesey, Gwynedd , Conwy and North Wales. This quake follows Britain’s biggest in seven years which measured 4.2 and hit Kent last Friday.

Witnesses in Bangor reported feeling the earth shake and loud rumbling or banging noises. North Wales Police have said they’ve received calls about the earthquake but have had no reports of damage or disruption.

The British Geographical Survey are also asking people to report their experience even if they didn’t notice anything to help map the effects of the quake.

Did you feel the #AngleseyQuake ? Report it here http://t.co/wrkC6TtZzk and help us map how far & how strongly it was felt