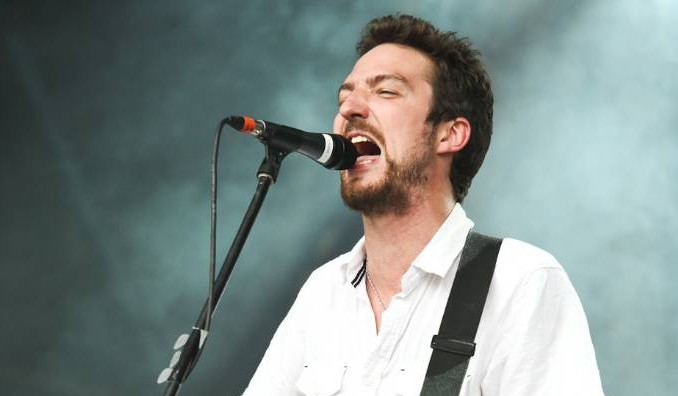 It wouldn’t be an unfair slight on Bangor’s recent history with music to suggest that itís struggled to attract notable acts to visit. However, a growing number of caveats have appeared in the last three years that dispute such a contention; in May 2010, Radio One’s Big Weekend was held in Bangor; internationally acclaimed opera singer, Bryn Terfel, performed in the universityís Pritchard-Jones Hall late May of this year and recent Summer Balls have welcomed well-known artists such as Rizzle Kicks, Feeder and Maxïmo Park. Frank Turner has recently released live favourite ‘If Ever I Stray’ which has been taking audiences by storm.

So news of Frank Turner’s gig at Academi on the 4th December represents yet another significant coup for the university and Bangor as a whole.  Admittedly, Turner played here in 2006 but his reputation has risen exponentially since. In the intervening six years, Turner – whose punk roots strike a disparate chord to the resonant acoustic tones that have more or less defined his post Million Dead (the punk band he was a founding member of) career – has released four albums, been nominated for NME awards almost as many times as he’s appeared at the Reading and Leeds Festival), not to mention a little gig he played at this summer called the Olympics opening ceremony. That same man, glittering CV and all, is coming to Bangor to play at a comparatively tiny venue; imagine hearing  the hauntingly poignant ‘Long Live the Queen’ or punchier tracks like ‘Imperfect Tense’ in Bangor. It might also manifest itself as an opportunity to hear some material from his side venture,  Möngöl Hörde, which promises to be more reminiscent of Turner circa 2001 than 2011.

If that wasnít enough to convince you of Bangor’s burgeoning reputation as an appealing haunt for artists – or if Turner just isnít your bag – then perhaps the news that Kissy Sell Out, Jaguar Skills and Jack Beats are all at Embassy in October, November and December respectively, will. Itís my job to try and be as informative as possible so I researched Jaguar Skills to try and get a feel for this facet of Bangor’s musical identity.  Jaguar Skills often dons a ninja mask on stage in order to drum up an air of mystery in his performances. His style consists of a blend between energetic and entertaining performances which make it understandable why so many find him so appealing.

Though disingenuous to claim that Turner, Jaguar Skills et al are household names, they are undoubtedly big enough to encourage more acts of a similar ilk to follow their footsteps into north Wales’ premier music scene. The relatively discordant facets of both Skills and Turner illustrate Bangor’s capacity to lure diverse ranges of music; they also Nick Grimshaw’s ill-fated dalliance with Bangorís music scene may well be an anomaly. Bangor Student Robyn Jones said ìhaving such a contemporary artist in a small venue like Academi is very exciting, and shows a lot of promiseî and with the arrival of Pontio expected for 2014, Bangor students are all looking hopeful for similar acts in the not so distant future.

Tickets for the Frank Turner gig are available from www.kililive.com and went on sale on the 31st August at a cost of £16 plus booking fee.