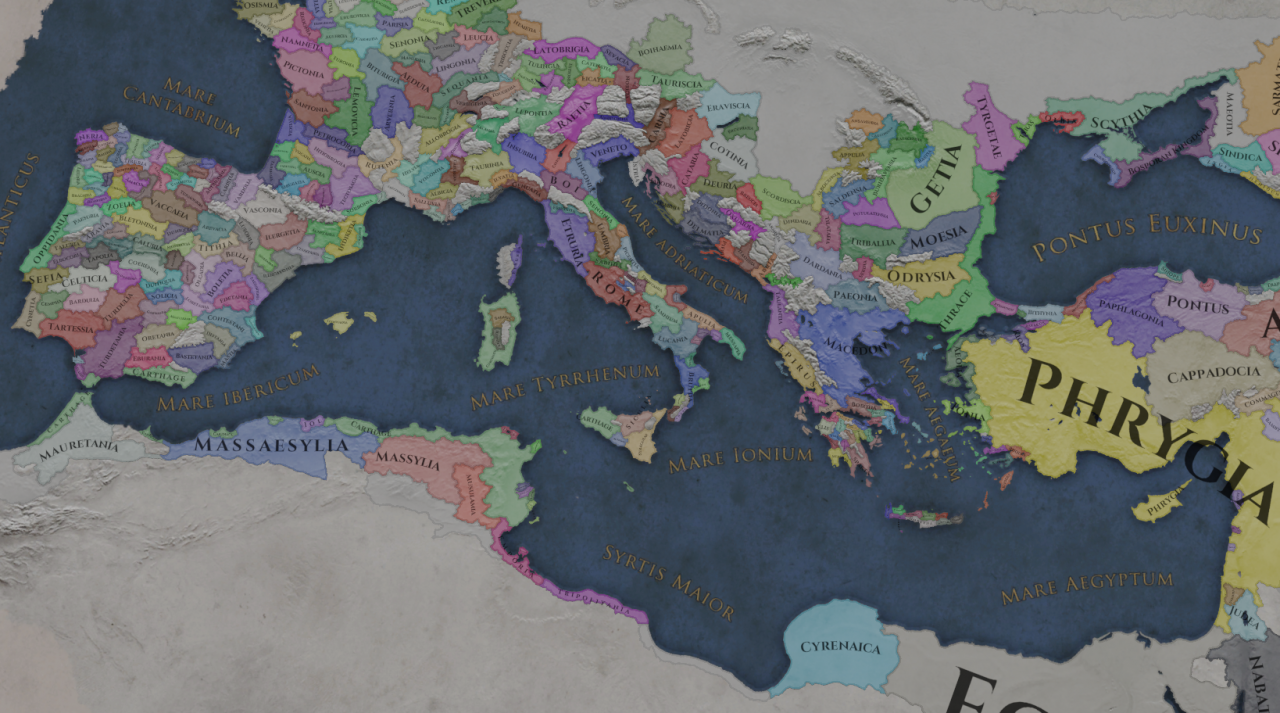 Imperator: Rome, the newest grand strategy from Paradox Interactive, was released on the 25th of April. At the time of writing, it is the 26th of April, and I have logged 12 hours in the game. So, without further ado, a review.

As always, loading up a Paradox grand strategy for the first time results in overwhelming confusion-but this is a universal experience in these games- if you are new to the genre, I recommend watching some gameplay before jumping in, unless you are a bastion of patience.

On the other hand, for someone who has played other Paradox titles you will quickly start finding recognisable mechanics. The game does share a lot with the Europa Universalis series, which is less of a surprise when learning that it is a spiritual successor to 2008’s Europa Universalis: Rome. You play as a country (instead of a dynasty, although you can be game-over-ed by civil war), armies sit in permanent stacks, and fabricating a claim on a conquerable neighbour is relatively easy. Countries are differentiated by taking ideas (unique bonuses, in this case in culture-wide groups instead of country by country), government types, and a short selection of decisions. The ruling religion and culture of a country can also be different, but these only affect unrest in provinces which do not conform and lacks unique mechanics.

The player is not entirely detached however: a country’s government is populated by members of leading families, and each character has their own statistics (determined by a Crusader Kings-esque pool of traits). The player must balance appeasing the leading families with appointing skilled governors, researchers, and generals. This mechanic is not very in depth and mostly consists of pressing a bribe button when loyalty is looking peaky. Yet, it adds a layer of flavour to country management. Generals are the most interesting part of this dynamic as their loyalty can vary, as can the loyalties of their army.

In the game, provinces are large chunks of land, split into individual cities (the traditional ‘province’ as far as moving armies etc). Within each city is a micro-manageable Victoria-reminiscent population system, consisting of slaves, tribesmen, freemen, and citizens, each with different benefits. I enjoy the state system, as it prevents expansion from stagnating against larger foes- although the game is reasonably adept at punishing large, careless empires.

Unfortunately, Imperator: Rome is also accompanied by the occasional crash or desync in multiplayer, an ever-present difficulty for Paradox games.

The setting, both graphically and era-wise, is beautiful. Starting in 304 BCE, it is an exciting map for anyone with an interest in the historical side of things. There is a vast selection of nations- however, many of them lack their own character, and in fact the lack of historical events is slightly disappointing. This will almost certainly be rectified by DLC, as most Paradox games do, but this review isn’t based on potential aspects. The best advice I can give graphically is to reduce the size of the UI in the settings, so you can actually see the art.

The main thing Imperator: Rome does though, is make combat much more interesting, and wars less predictable. The standard Paradox vision of army size, terrain, and generals is expanded to great effect. There is a much larger array of unit types, each with different strengths and weaknesses to other unit types, as well as several which require specific resources to acquire (the trading system of manually exchanging goods is more like Civilization than a Paradox, and is also fun). The skill of a general has a massive impact on battle, and can turn the tide in even a hopeless situation, and I already mentioned the loyalty system for generals. As for terrain, attrition is a real killer and even a powerful empire can be brought to its knees by a long stay in an inhospitable desert. All of this contributes to wars which feel uncertain, and could swing unexpectedly, and battles in which even a smaller country could bloody the nose of an invader. In my opinion, this is the single best aspect of the game, and rightfully so, in a game where most players aim for conquest.

Another improved system is technology. Technology gain is based off of the country’s proportion of citizen population, alongside some modifiers. Each tech unlocks new inventions, modifiers which can be gained permanently by spending their own separate pool of monarch points. This means technology can be customised to fit the country you are playing, which is much more enjoyable for the player, and can have unpredictable variations.

The technology and the combat are the two most major changes; in conjunction with a fantastic setting, they make for a very enjoyable game. However, the game mostly improves mechanics and mixes mechanics from earlier games at the moment as opposed to creating new ones. At the moment it feels like a cohesive, enjoyable, expanded version of Europa Universalis 4. If you’re looking for a totally new game, perhaps look elsewhere. But if you’re just looking to scratch a Paradox grand strategy itch, this will do it well.