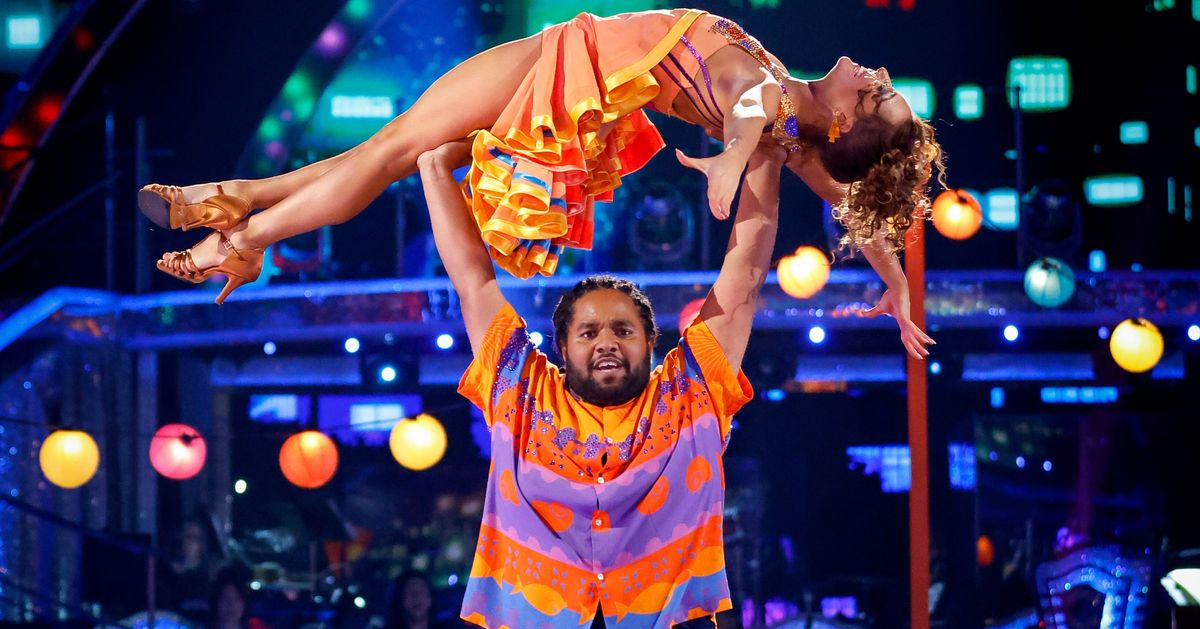 From Snowdonia to wildlife film-making for the BBC: Bangor alumnus, Hamza Yassin has swapped his walking boots for dancing shoes to dazzle staff and students in the most recent series of Strictly Come Dancing

A lot of us may not be the target audience for Hamza’s CBeebies show ‘Let’s Go for a Walk’, but it would be difficult to miss his enigmatic moves on this series of BBC’s Strictly Come Dancing, the popular UK television celebrity dance contest. With a week-four routine full of twirls, lifts and even throws, he bagged the highest score of the series at 39 from the judges. His prominence on the show is a great excuse to celebrate Hamza for all that he has accomplished since leaving Bangor University.

Graduating in 2011 with a BSc degree in Zoology with Conservation, Hamza took his degree and ran with it. He engages with massively important work in science communication, showcasing the beautiful nature that the west coast of Scotland has to offer through his own footage on the Channel 4 programme ‘Scotland: My Life in the Wild’. On CBeebies he also teaches the younger generation to love and respect nature with the aim of inspiring them to become the future safeguards of our planet.

Despite his huge talent, Hamza appreciates the level of dedication needed to achieve success. A message he repeats to Bangor University students in the Conservation Practice module for which he undertakes guest lectures. Here, he teaches the central theme that hard work is what is needed to make luck happen. Hamza has certainly persevered to achieve the great success in his career. Following in the footsteps of Sir David Attenborough, he has recently accepted an Honorary Degree from Bangor University. An award that he thought he would “never in a million years” have the pleasure of receiving.

It seems that Hamza has taken the same advice he offered to the graduates at his Honorary Degree speech, saying that “The top of one mountain is the bottom of the next, so keep climbing”. With all that he has done so far, we cannot wait to see what heights he will go to in the future.