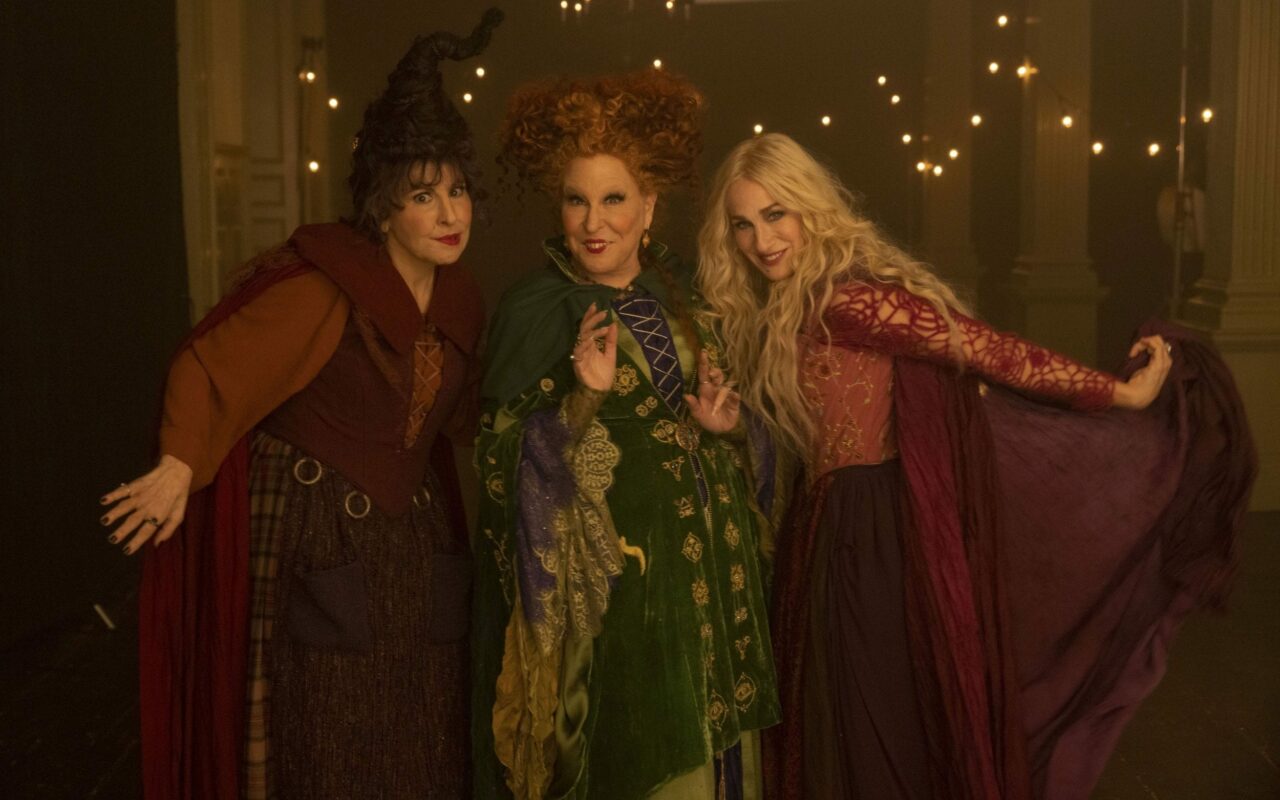 “Twenty Nine Years ago the Sanderson Sisters put a spell on cinema, but with the arrival of the long awaited sequel, has the magic gone?”

Not all Halloween movies need to be scary. All you need is some spooky scary skelingtons, a talking ventriloquist dummy, maybe a few goosebumps. Perhaps witches? A bit of mischievous entertainment. This is what Hocus Pocus (1993) was. Something to warm you back up as you gorged on your fresh trick-or-treat haul on Halloween night. Maybe it’s not for every year, but perhaps whenever the moon is full on October 31st.

In the long awaited sequel two magic obsessed teens are tricked into lighting the reformed remains of a black flame candle, resurrecting the notorious Sanderson Sisters (Bette Middler, Kathy Najimy and Sarah Jessica Parker, reprising their roles from the first film). The reborn sisters set out to perform the ‘magica mystica’, a spell which will make them all powerful and let them have their revenge on the people of Salem. The two teens (Newcomers Whitney Peak and Belissa Escobedo), of course, must stop them.

As is typical for modern sequels, there is a lot of nodding and winking at the first film going on. Plot points, lines and ‘moments’ are replicated almost verbatim. The ‘I Put A Spell On You’ scene from the first film is there with a different song and not as good. Billy Butcher the zombie is back (Doug Jones, reprising), but he adds nothing to the story. You can tell that the film is using all of these points as a crutch, which means it fails to stand on its own feet.

And this is a shame. Where the film isn’t relying on misplaced nostalgia, it is genuinely good and genuinely enjoyable. There are some laugh-out-loud hilarious scenes. In places it manages to be better than the original. What it does with the vacuum-cleaner joke from the first film is obvious, but still funny and the three leads are clearly having a blast. Almost thirty years has not subdued them and they are still chewing the scenery in a way that is infectious, making the film a pure delight.

What I can say is that the magic is indeed still there, and now instead of one film to gorge on when the moon is full of a Halloween night, we have two.

Did You Know: One scene in the first film (after the witches are placed into the school oven) features the same fountain used in the Friends intro.