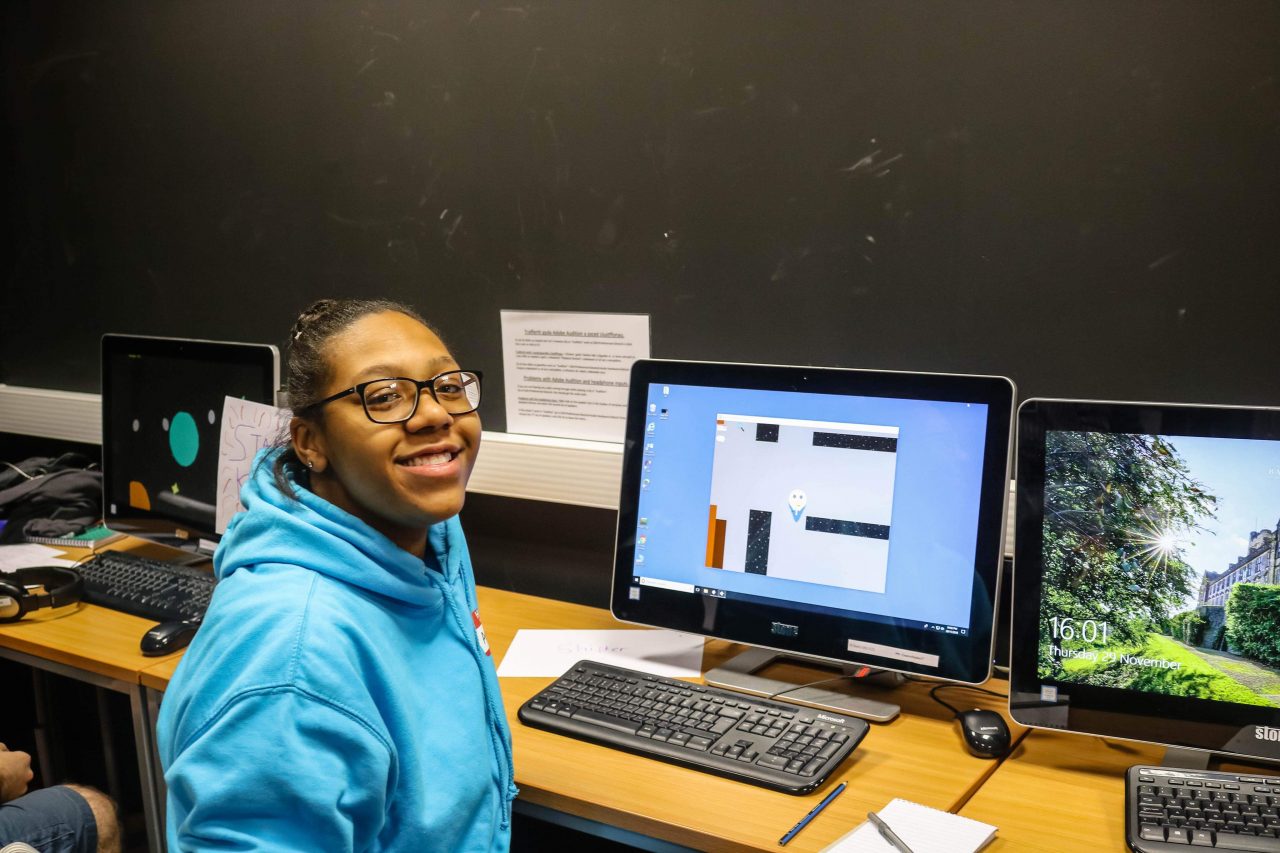 Shifter, a student-made game in progress, is a mystery adventure with a sci-fi twist. Within the story, so-called ‘Shifters’ are capable of morphing into the forms of other people, allowing them to move undetected through the game world. The player character has just lost their father and, with his death, the answers to their fast emerging power. The gameplay revolves around this ability to transform, and a strong central plot.

The game is an early prototype, by Anneka Dinham, 19, from Wolverhampton. She is a second year student in Game Design here at Bangor. She also happens to be a mentor, my mentor, in fact. But I assure you that I do not fear her fierce executive powers when writing this showcase. The game’s development began in September, but will outlive the module which spawned it, potentially continuing to grow within the game development course in her third year.

‘I enjoy it,’ said Dinham. ‘But it can be frustrating when something won’t work.’

In current gameplay, the player uses their ability to shift in order to move undetected through a prison, seeking an inmate with clues to their newfound abilities. There is an admittedly somewhat odd twist to combat, in which the player ‘fires’ speech at enemies to convince them of the player’s false identity. Enemies that have been convinced (that is to say, ‘shot’ with speech bubbles) are pacified and disappear. Similarly, the shifting mechanics can be somewhat sudden and confusing, but it is worth remembering that this is a very early prototype The satisfaction of the game mostly comes from uncovering clues hidden around the map, shining some light on the story.

The concept of the game was pre-existing project for Dinham. She had already been writing a book pivoting around the Shifters when she decided to also transform it into a game form, although she emphasises that the two versions are ‘very different.’ As for the original idea, Dinham says it could have come from anywhere:

‘I have a whole word document of ideas I think up. I could have thought of the original idea when I was 15.’

Certainly, she’s not short on ideas for the development of her game. All of the current graphics are placeholders, and she hopes to eventually make use of a three-dimensional, realistic style. Her focus is mostly on the unraveling of the story, and the mystery elements of the game. She intends to elaborate the current game into the scenes and sets of a longer narrative, while spicing locations with clues and cutscenes. Dinham’s story will be linear, but will also hide secret missions and bonus narrative, on the world of the Shifters, throughout for the attentive player.

Shifter was present at a playtest last Thursday, and according to Dinham, players generally enjoyed it. She said though that those that ignored the story tended to get a lot less out of it, as she is building a primarily narrative experience. So if you’re the kind of player that enjoys trawling through a world, following the scent of mystery, it might be worth keeping an eye out for Shifter over coming years. And just like it’s protagonist, it will likely have found an entirely new appearance by then.