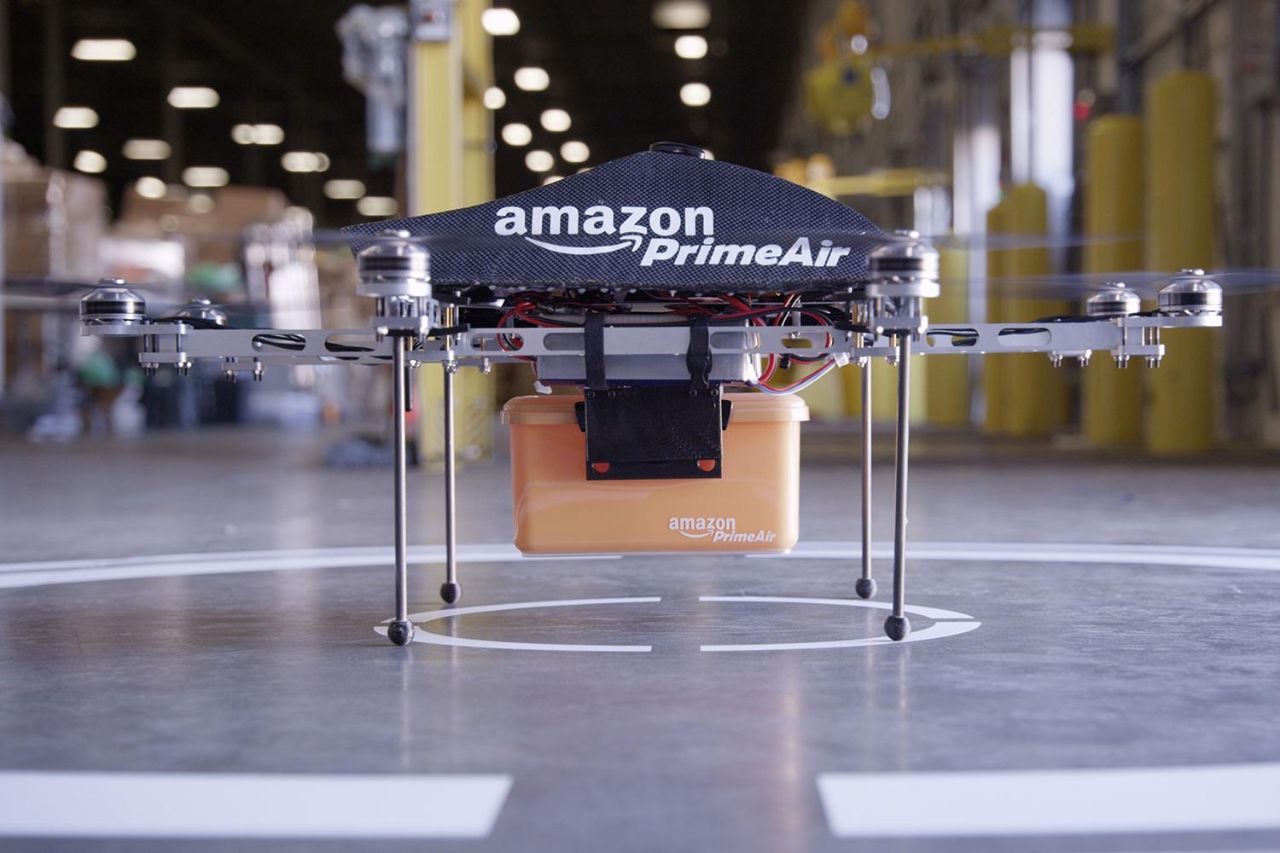 Amazon have recently introduced a new project to their already full repertoire. They gave us the Kindle which helped us read on the go, keeping all our favourite books in one handy place, ready at the touch of a button. Love Film lets us watch what we want when we want including Blu-Rays, DVDs and Games through the post. Amazon Prime offers free two day delivery while Amazon Art deals in all the rare and limited edition works of art from selected galleries. With all these fingers in pies, you would think that Amazon could rest on their laurels and be pleased with what they have accomplished so far.

This it seems is not the case and Amazon have unveiled a rather strange new branch to their growing tree. Amazon Prime offers fast free delivery but the newly proposed Amazon Prime Air plans to fly customers’ parcels through the air attached to computerised drones. Unveiled appropriately, on Cyber Monday, the day said to be the most popular for online shopping. It seems like something out of science fiction but Amazon plan to have the service up and running by 2015. The credibility and success rate is likely to be low and I wonder if it will ever take off.

Amazon CEO Jeff Bezos told American TV that he believes the unmanned drones will be able to carry parcels less than five pounds in weight and arrive in under thirty minutes. The drones would be at the end of the production line and lift off the packaged parcels straight off the conveyor belt and would deliver within ten miles of its start point.

The product is very early in its development and has years to go to be consumer ready. 2015 is a very early estimate and Amazon predict that it will be much later before they can start delivering this way. The Prime Air would have to wait for technical advancement, to adhere to regulations and go through rigorous testing.

As the gadget plans to fly through the air, it has become a concern for the Federal Aviation Administration (FAA) who have had to create and modify rules to accommodate unmanned aerial vehicles. Amazon are just waiting for the green light from the FAA, so as soon as they want, UFO’s will be a thing of the past as everyone will assume it is their parcel flying through the air towards them.

Unsurprisingly, postmen and women everywhere are fearing for their jobs but they need not worry for a few years at least and the slightest glitch on Amazon’s part would result in raining presents, Father Christmas will be out of a job.

Amazon have released a handy video explaining what they plan to do and how it will work, so have a look for yourself and see the ridiculous lengths that the company are going to, to be innovative.