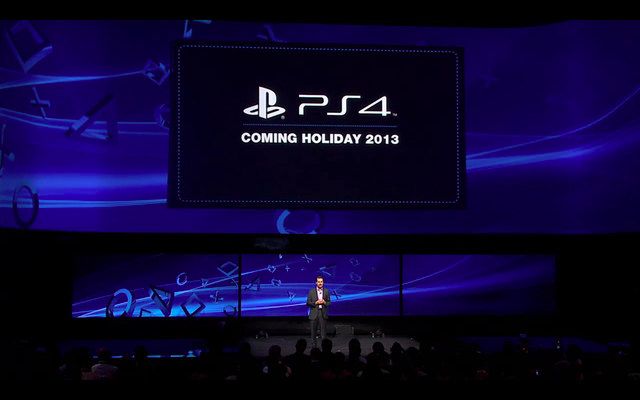 The PS4 has finally been announced, marking the first of the next gen consoles to step out into the spotlight. The hugely anticipated next gen consoles have achieved an almost dream like status; especially with the massive leap in visual/audio quality linked with gameplay that was witnessed with the birth of the PS3 and the Xbox 360. However, will their birth be as good as anticipated by the gaming community?
The short answer is ‘Yes’, the PS4 announcement did nothing to bring it down, if anything, it only heightened expectations. With a lengthy announcement, going into depth on the various aspects that the PS4 is boasting, Sony has been able to create an air of suspense around the PS4 release. To summarise the advances of the PS4: it will run a lot faster than any console currently on the market, the graphics will be massively improved, with room to get even better than on release, You will be able to transfer play from the console onto the PS vita, tablet or phone, allowing for play to move with you, the PS4 will have a sleep mode, allowing for easy restoration of games if you leave for a prolonged period of time, they have incorporated the move technology into the controller and more! Now tell me the PS4 isn’t going to be better than its predecessor.
The processor was demonstrated by dropping a ridiculous amount of objects onto a village and showing how they interacted with the environment individually and also made very little impact on the running speed of the console, something that current consoles struggle to manage and only a top of the range PC is able to do. This is compounded by the graphics engine, able to create those objects and track them appropriately. Also, from the gameplay that was on show, and the release titles, such as Bungie’s latest foray into FPS territory, Destiny, Diablo 3 and Final Fantasy, it is a beautiful sight to behold whilst playing on, again, something only a top of the range PC is currently able to make me say. The textures are exquisite and the creation of worlds allows for gorgeous creations with a depth and level of reality we all thought was possible of these consoles. However, if that isn’t enough to make you want to get up and pre-order one, they have managed to streamline the accessories by putting them into your controller. Now, instead of what looked like landing lights, your controller will have a certain coloured light, which the PS4 will track for elements of the Playstation move. Also, the downloading of games has been refined, taking on a World of Warcraft style. You can now download a certain amount of a game and begin playing it while the rest downloads, and, with the immense speed and processing power, that shouldn’t take too long either.
Advances in multiplayer and general online connectivity also play into the PS4s favour. Advancing party play and enhancing the ways in which to interact with friends bolsters what is already an effective online experience. However, the key development is a seamless drop-in drop-out system, in which a friend can provide instant assistance at a point you are stuck at. This replaces the old system of having to restart from the last save or checkpoint as you currently have to re setup your game in order to access the multiplayer functionality.
So, do you buy a PS4 is the biggest question. Available at the back end of this year, and the only next gen console to have been announced it is difficult to not scream yes, however, one can’t overlook the development of the Xbox 720. Despite no details currently being available, it is just as intriguing to see if it can rival the prowess of the PS4. So, the next-gen war has begun, with Playstation taking an early lead, and, splitting the two sides will be difficult, it might just be worth testing the water on both sides.