A talking animal, pop culture references and offensive humour. It could only have come from the mind of Family Guy creator Seth MacFarlane with his debut as a live-action movie director. Luckily this film is funny enough for him to get away with it.

If you can get past the fact that the Ted’s voice jumps between Peter and Brian Griffin which is thankfully referenced, Ted himself is brillliant. He sucks up all the best lines, and brings out the best in Mark Wahlberg. The Italian Job star is highly likeable as a slacker whose relationship with his girlfriend (Mila Shut Up Meg Kunis) is being held back by the bear. The sweary teddy bear joke does start to wear thin after a while and the third-act kidnap plot doesn’t add much but Family Guy lovers will find plenty to enjoy here.
Another shameless attempt to promote Blu-ray. High definition buyers get a commentary by McFarlane, his co-writer and Wahlberg; a Making Of; alternate takes; deleted scenes and a gag reel. Viewers of the DVD get the extended “unrated” cut which is six minutes longer and a digital copy. 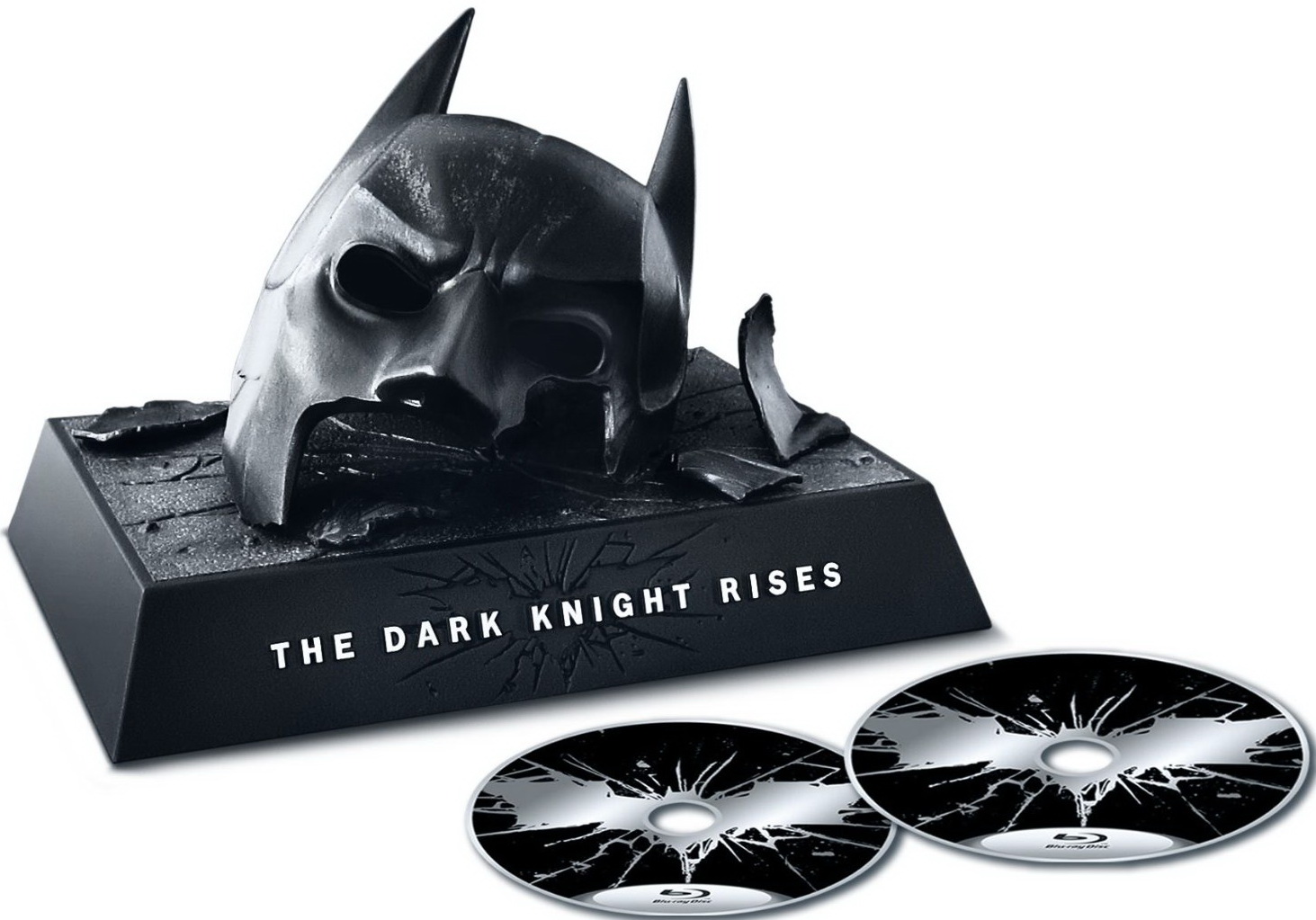 It’s eight years since the traumatic events of The Dark Knight and Batman has been outlawed and ostracised in Gotham City, which arrogantly believes it has rid itself of crime. Wrongly blamed for the demise of Gotham’s public defender Harvey Dent, a lie that even trusted ally Police Commissioner Gordon (Gary Oldman) has to maintain, Batman or rather Bruce Wayne (Christian Bale) hides inside stately Wayne Manor. Then Bane (Tom Hardy) comes along, built like a wrestling giant with vocal chords like a mixture of Sean Connery and blended screwdrivers, he wears a mask that resembles the “face hugger” from Alien. He proclaims himself to be “Gotham’s reckoning.” Cue the bad impressions. Anne Hathaway intrigues and sizzles as Selina Kyle/ Catwoman, who has connections to both Bane and Batman. Marion Cotillard makes less of a splash as Miranda Tate, but she fits very well into the film’s intricate puzzle. So does Joseph Gordon-Levitt, another newcomer, who like Cotillard and Hardy all starred in Nolan’s previous film Inception. Old friends return as well; Michael Caine as Wayne’s loyal butler Alfred, and Morgan Freeman as company gadget man Lucius Fox, who supplements the Batmobile and Bat-Pod motorbike with a flying machine (no auto pilot) simply called The Bat. Extras include many making-of featurettes, plus interviews and a trailer archive.