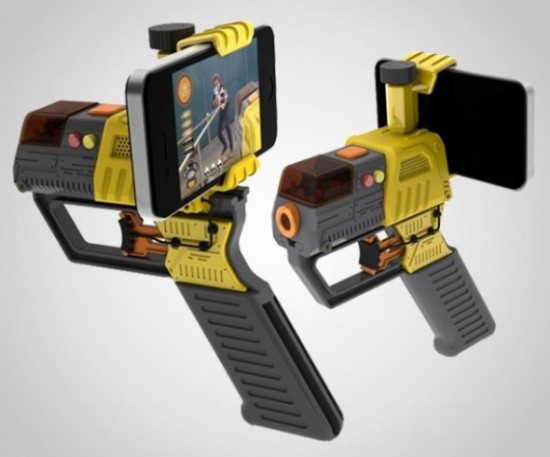 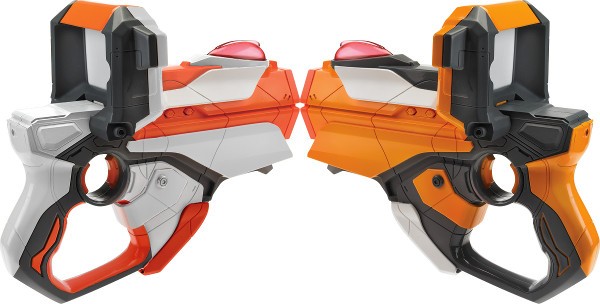 Laser tag games have been around for a long time. The first commercial game was released in  1984, when Star Trek Phaser toys were developed. At the time, this was cutting edge technology, that the military had had for training for only a few years.

From here, it became a much bigger sport, both indoors and outdoors. Many of us might remember going to a Laser Quest or Q-Zar for a game with friends. Putting on some body armour and running around with a large laser gun to see who could score highest from shooting each other.

It’s always been a popular sport, especially because it’s non-contact unlike paint balling or Airsoft. Sadly, as computer games have picked up, it’s fallen out of the limelight. Why pay to go and shoot people with lasers when you can do it at home on your computer?

To combat this, toy companies created more home based laser tag toys, so that you could have the real life action of running around whilst still at home.

Usually with two guns and a vibration pack to show when you’ve been hit, these kits were aimed mostly at kids and proved to be very popular, but have changed very little over the years.

Now, well into the 21st century, it’s time for a refresh.

Hasbro is releasing their new laser tag game, Lazer Tag 2012, which integrates with your iPhone or iPod Touch to give you a more immersive game experience.

You can play multi player in the classic mode without an iDevice, which will still keep score and track hits, but with the addition of an device you can have a lot more fun. 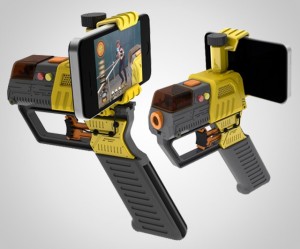 There is a slot in the top of the gun to clip your device into so that you can see the screen while you play. While playing in multi player mode, as well as the score and hits, the screen can display a 250 feet firing range and show where the laser beam is firing, so you can shoot more accurately in your games. Of course you can still go up against each other in matches of up to 24 participants.

Personal high scores can also be uploaded to a world score board so you can compete with your friends and people all over the world.

In single player mode, your device acts as an augmented reality screen. As you move around your environment, creatures will appear in front of you on the screen. You have to hunt these down and shoot them to get points. As you gain experience and complete tougher levels, you can unlock upgrades for attacks, missions, gear and firepower. This really is a big step forward and could make laser tag a lot more fun for modern gamers.