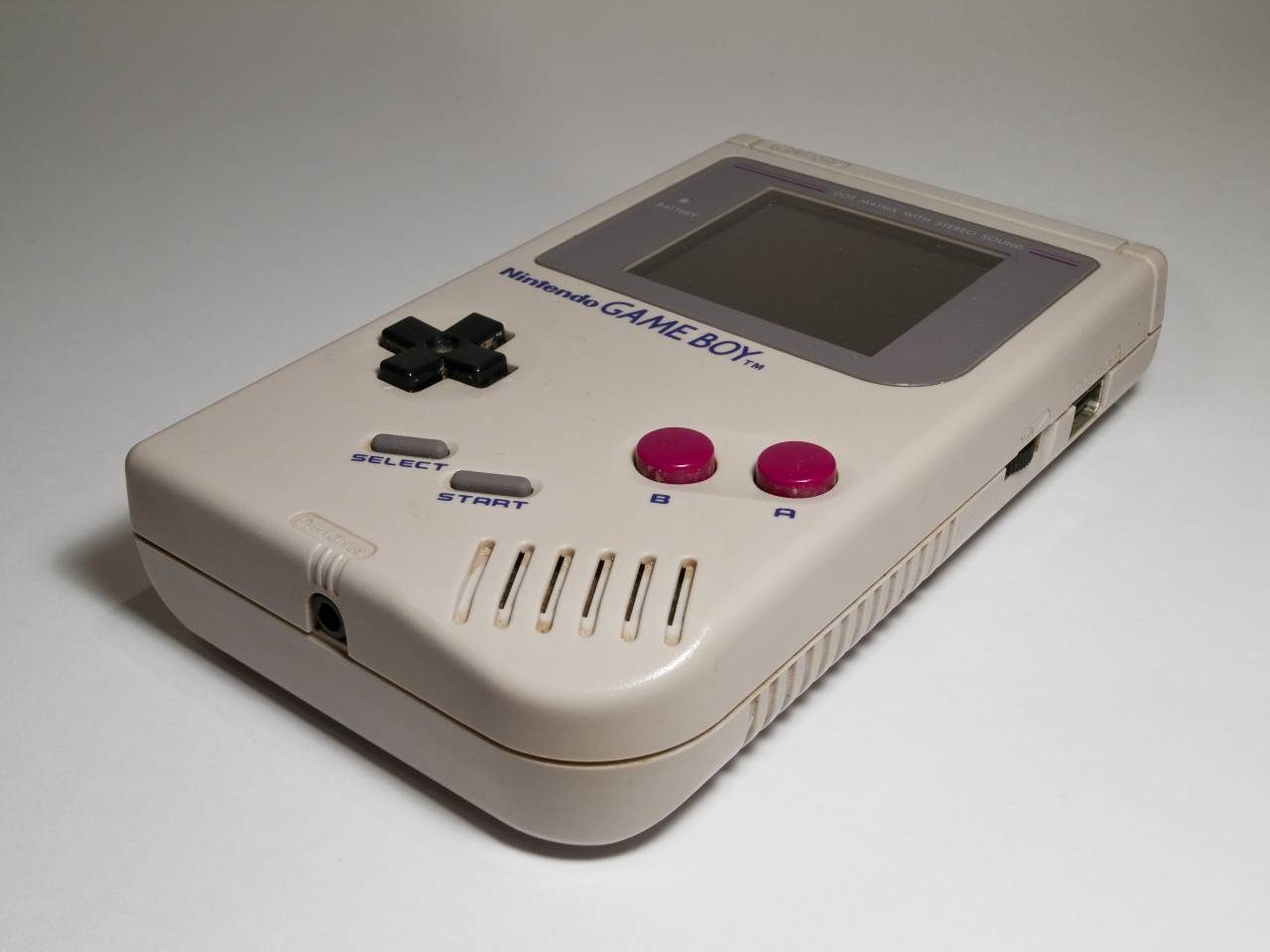 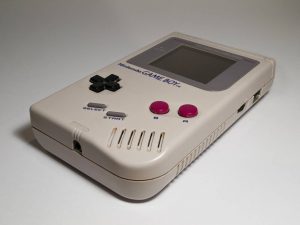 The Game Boy; possibly the most Iconic mobile games console ever. Over   118 million sold around the world. Born in the 90s. Just.

Original Game Boy
The first Game Boy was announced in 1989, but didn’t reach Europe until 1990,    making it a true child of the 90s.
It was a steep competition for Nintendo from the start. There was competition from  Atari and Sega; both had just released new colour screen devices to compete against  them. They were bulky, short on battery life and very expensive though, making  them unpopular.
The Game Boy undercut both of these on price, and became a huge success, selling  over 64 million in just 7 years.
With the low price, and ability to have multi player games, and with a push from the popularity of Pokemon games, it’s no wonder it was such a success!

Looking back, it doesn’t compare to today’s consoles; No wireless connection, the screen had 4 shades of green, and a processor only twice as powerful as that of a Furby, but at the time it was amazing.

Playing on a theme
After the success of the original Game Boy, Nintendo released three different versions of the Game Boy; Play it loud!, Pocket and Light, just adding to the popularity of the device. Many people remember the brightly coloured cases of the Play it Loud! Game Boys, and the pocket and Light made them easier to carry around and play on the go.

Game Boy Color
The game changer. Cheap, small, colour screen and could play all the games every other game boy could. This set the standard for hand held gaming in the 90s. Released in 1998, it took the world by storm, with no one being able to compete for the next few years. This was the console to have.
This really helped make Pokemon big, selling 14.5 million copies of Pokemon Gold and Silver, making this a cult game and a hugely popular console. No other hand held games console has ever had the market share that the Game Boy colour had at it’s peak.

These classic Game Boys were sold right up until 2003, until they were replaced by the Game Boy Advance, but they had already become icons of their age and has even been introduced to the toys hall of fame.