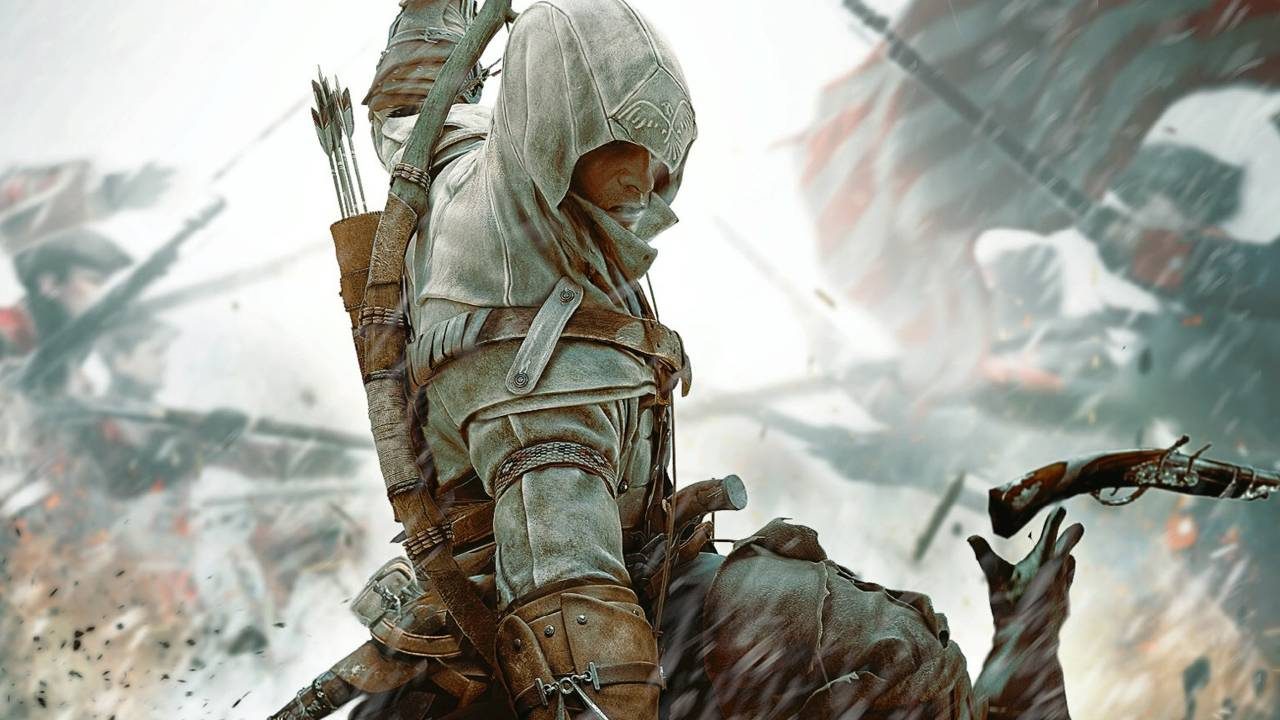 It feels like I’m forever writing about one Assassin’s Creed or the other but I feel it can’t really be helped. The new installment of Ubisoft’s popular series was officially confirmed by the company back in February of this year and was soon followed by the debut trailer hitting the internet on 5th March. All one and a half minutes of footage comprise of a cinematic only, much like previous debut trailers from the series, but it is unclear whether the clip will feature within the game.

With Assassin’s Creed 3 we will skip just under two hundred years, finding ourselves in the heart of the American Revolution (1753) and in control of a new assassin. Leaving behind Ezio, the protagonist in the past three games, Assassin’s Creed 3 follows a young man, half-English and half-Mohawk, known as Connor Kenway (his birth name however is Ratohnhak:ton). The new assassin is drawn into the ever-raging fight between the Assassin’s and the Templar’s when white colonialists invade his home. The game is set to chronicle thirty years of Connor’s life.

Remember the famous ‘leap of faith’ that made you feel as though you were on a rollercoaster as you jumped from a high building? Well, with AC3 it’s been upgraded so our assassin can now do a ‘leap of faith’ onto a moving object.

Straying away from the beautifully crafted buildings of Renaissance Italy, Assassin’s Creed 3 takes Connor into the Frontier land of early America where climbing the Sistine Chapel is replaced with clambering up trees and sneaking across snowy branches in the series’ biggest landscape to date. The weather is also focused on much more in the game, this time giving extreme snow, rain and fog that the player will have to adapt to play around. Also, integrated into the game will be the ability to hunt and kill animals in order to trade and earn more money; though there is the possibility of the animals hunting you instead!

One of the biggest flaws with the previous Assassin’s Creed games was the fighting mechanics. The games were about an assassin but when said assassin got in a fight it could tend to be rather unsatisfying. Ubisoft promise to have redone the combat mechanics for their latest release and will include new weapons such as Connor’s Native American inspired tomahawk and the addition of a musket for those longer ranged attacks.

I’ve always found that Assassin’s Creed games don’t live up to my expectations when it comes to the visuals. Revelations’ cinematic trailer was breathtakingly beautiful but gameplay graphics and the majority of cutscenes have never quite lived up. With 200 more bones in each character the movement and overall graphics promise to be vastly improved in AC3 which should hopefully make gameplay seem even more fluid.

We’re still a while away from the official release date, October 31st, but so far AC3 is shaping up to be just as good as, if not better than, its predecessors. Either way I’m sure you’ll hear more from us once we get our hands on a copy.