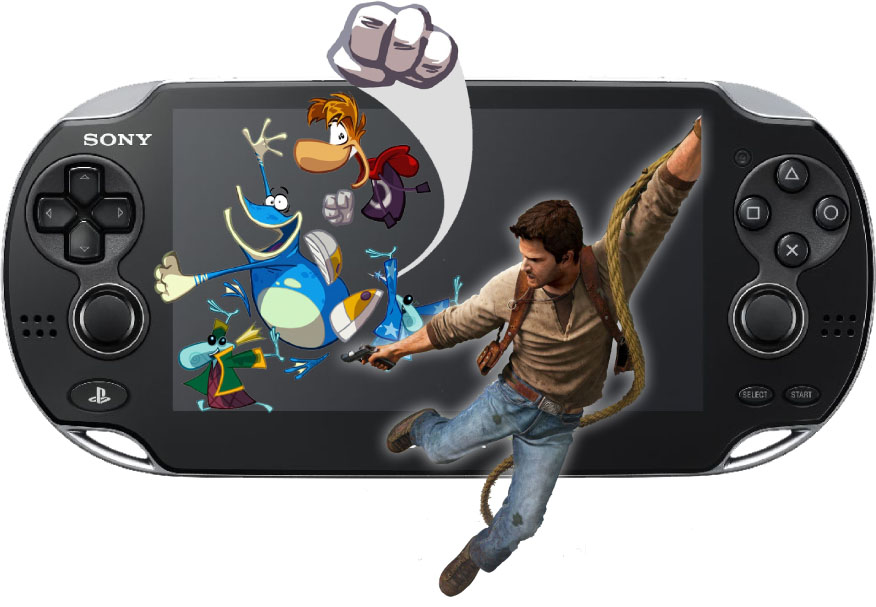 For years now Sony’s Playstation franchise has been seen as market leaders in the fast-growing gaming industry. Since the release of the Playstation One in the mid-nineties, the company has repeatedly released newer consoles and even delved into the handheld console market once before with the PSP. Now though, with the increase in mobile gaming, Sony are back in the handheld market with the PS Vita; the PSP’s long awaited successor.

Already out over in Sony homeland Japan and due for release in Europe on February 22nd, the PS Vita boasts a number of swanky new features. With a 5 inch multi-touch screen and two analog sticks the Playstation Vita is already well on its way to rivalling not only other handheld consoles like the 3DS but smartphone gaming too. Unlike its predecessor, the Vita’s analog controls are actual sticks, much like that of the Playstation console controllers, and not a difficult to use analog ‘nub’.

For those who prefer a more ‘traditional’ approach to gaming you’ll be happy to hear that the PS Vita also has the D-Pad that Playstation gamers will be familiar with as well as the signature triangle, circle, square and X buttons. If this isn’t another way to play, the new console even has a rear touchpad and the Playstation 3’s Sixaxis motion control.

The Vita comes with a tonne more hardware too. Not only is there a front camera but a rear camera too and both support face and head detection as well as head tracking, all of which will no doubt come into play with a number of games and other features (most notably Playstation Home). In terms of storage the PS Vita will come with a storage media slot and a slot for the all new PS Vita card which will allow users to decide on their storage options depending on their usage.

LiveArea is the name for the Vita’s user interface and will be the home to a number of features that PS3 users will recognise such as the Playstation Store, Playstation Home, Trophies and the Playstation web browser. Other features include, but are not limited to: music, photos and group chatting.

Playstation’s Vita is available in two different versions: WiFi only or WiFi and 3G. The WiFi version is cheaper, priced around £230 whereas the 3G compatible Vita is priced around £280. In the UK Playstation will be partnering up with Vodafone for the 3G consoles which will mean connecting to the internet on the go much simpler, though much more pricey.

The Uncharted series retains its position as Playstation’s flagship franchise with Uncharted: Golden Abyss set for release alongside the console this month. Golden Abyss is produced by Bend Studios, overseen by Uncharted 1,2 and 3 creators Naughty Dog, and is said to feature interactions with the latest PS3 instalment; Uncharted: Drake’s Deception.

With the console’s release just weeks away it’ll be interesting to see what sort of reception it receives. Mobile gaming is definitely on the up but whether people will be willing to shed out between £220-£280 on what is essentially a smartphone with greatly upgraded gaming functionality and no phone option remains to be seen.