The master of writing page-turning non-fiction, Bryson has once again delivered with this work about domestic history. Perfect for anyone who has an inquistive mind and a must for Bryson fans.

The prolific King’s first foray into historical fiction, 11.22.63 is a time travelling thriller. If you had the opportunity to travel back to 1958, what would you do: live in the past for five years in an attempt to save JFK?

This collates all of the recipes from the TV series plus new ones. Based on the multicultral heritage of British food, it includes dishes such as 12 hour stewed rabbit bolognese, amongst many other mouthwatering pieces. 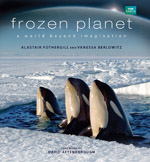 The companion to the popular series, this will add to the knowledge you’ve already garnered from listening to Sir Attenborough’s voice over the past few weeks. The best way to learn about the Arctic natural world.

Triumphantly returning after a long break from the public eye, Alan Partridge’s autobiography will have you in fits of laughter. You will be knowing him, Aha!

The epic conclusion to the fantasy series; Inheritance wraps up the story of Eragon, the Last Dragonrider, and his steed & friend Saphira as they lead a rebellion against the totalitarian regime of King Galbatorix.

Set in a dystopian America where selected children have to fight to the death, it’s action packed with an emotional core. Plus the film is due to be released in cinemas soon, so you’ll be pre-empting the popular rush to the shelves.

Heralded as one of the best young adult books of the last few years, this book by internet celebrity John Green is a teenage romance thriller – unputdownable and difficult to define. A must read.