Seren Gave It A Go…And It Was A Hit 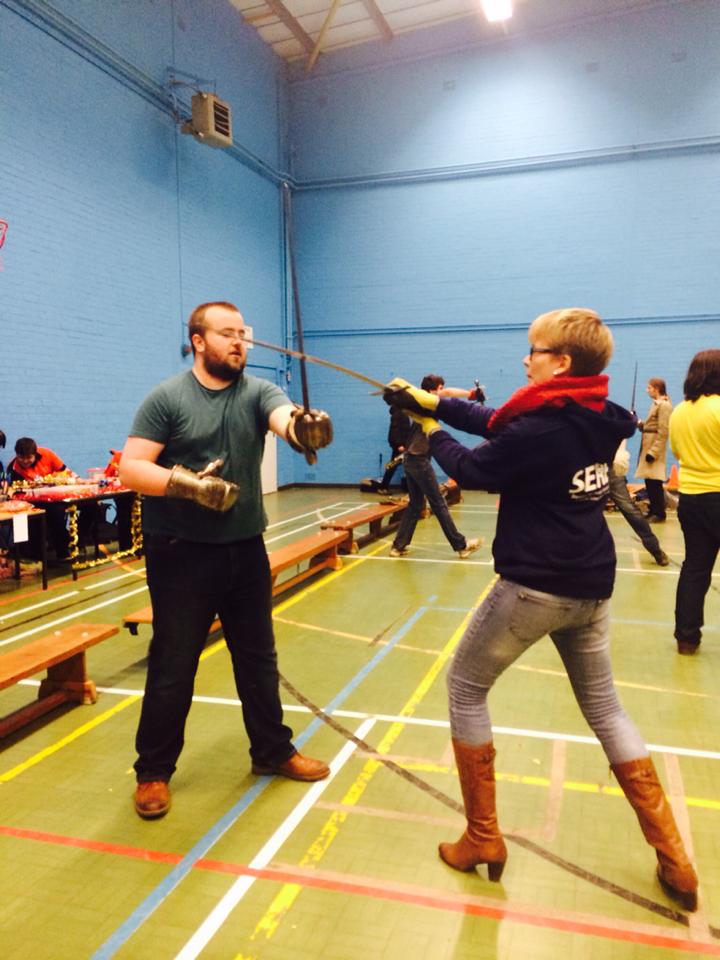 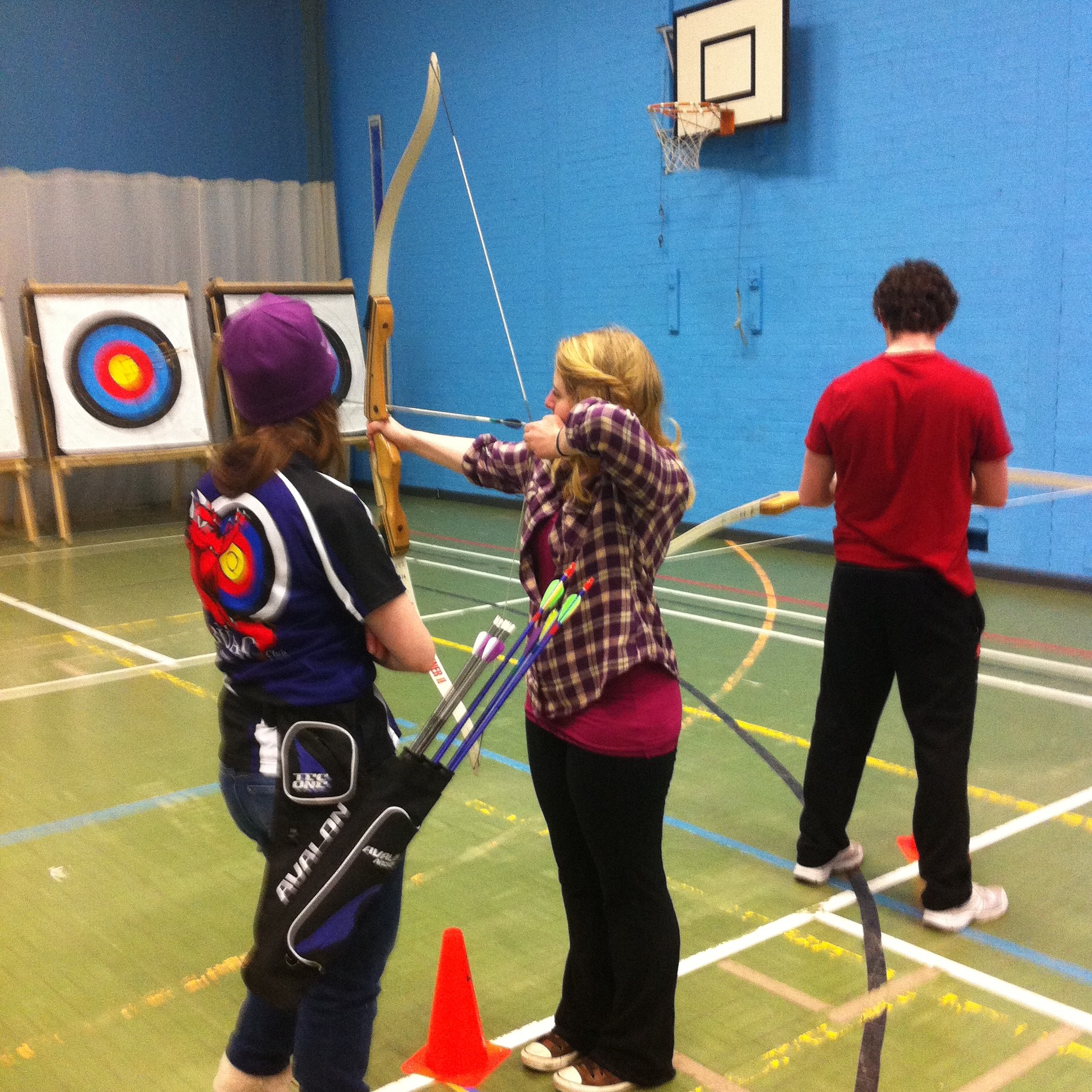 On  22nd February Seren Editors Kayla and Ida went to the Give It A Go event at Normal Site. The taster session, which allowed students to drop by was filled with with sword-fighting, Archery and Re-enactors. Any student who wanted to come along to the taster could try out being a part of the societies.

First up, Kayla saw how good of a shot she was at archery. Archery club member Tasmin came and taught her how to use a bow, stand correctly and how to aim for the bullseye. Though Kayla only got to the outer part of the target, given practice, she might one day get the hang of it!

Students tried out different bows for their height and ability, and one of the archery shooters shot an arrow through a can. Events like this help to gain interest into societies that maybe students wouldn’t normally try out. Leah Davies, social secretary of Bangor University Archery Club said, “it’s been a good year for archery, a lot of new members have joined in. Events such as this are great for advertising what we do.”

The Reenactment society gave students a chance to see what it was like to be a medieval warrior, how to handle weapons like swords, axes and dirks. According to Jacob Woods, the captain of Bangor University Medieval Re-enactment society said, it has been a “fantastic” year for them as well.

In the background, StormFM was getting us all in the mood for our fighting challenges with Paramore, Green Day and Fall Out Boy. The volunteering organization RAG was also there selling sweet treats. Assassins Society and Bangor University Wargaming and Roleplaying were also there, many dressed up as characters from Assassin’s Creed giving students a chance to experience what it was like to fight with the same mock weapons as the video game.

Though the competition was fierce, and the odds were against them, Kayla and Ida came out of the battle victorious…or at least a little more knowledgeable about fighting in battle.