Hidden Museum Opens Doors to Everyone 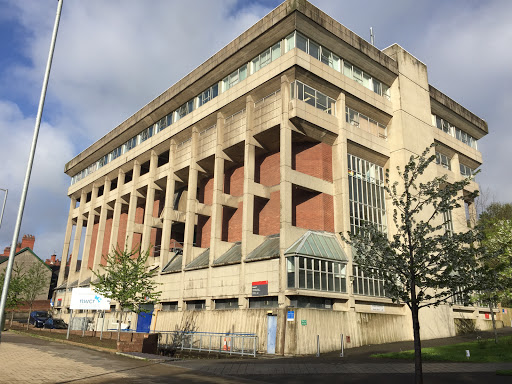 Bangor University has a Natural History Museum. This will be news to many of you, I’m sure, seeing as it has somehow remained a secret to me for almost three years at this institution. This may be partly down to the fact that admission to The Brambell Natural History Museum (no prizes for guessing where it is… Psst! It’s in The Brambell Building – sort of opposite Asda) is generally restricted to students of Natural Sciences at the University and rarely open to the public. When it is, however, it fills.

Saturday 3rd was the weekend of this year’s Welsh Museum Festival, an annual event funded by the Welsh Government that falls the week of October Half Term. The idea is to open all Wales’ Museums to the general public, to allow them to engage with and explore everything that the Welsh Cultural scene has to offer and to hopefully spark some interest among those of the younger generations. Which the Brambell Museum does very well.

It reminds me a lot of a very concentrated version of London’s Natural History Museum – it has the same acute, dusty smell that seems to serve as an eerie reminder of the fact that everything in the packed room was once alive. There are tall glass cases packed along corridors and against walls, with possibly hundreds of different specimens: fossils and obscure crystals; mysterious organisms in jars; animals taxidermied into posed immortality; skeletons, labelled appropriately and catching the attention of the more curious visitors. There was even a two-headed lamb, in a case, watching everything with its four, all-seeing eyes.

Every field of the biological sciences is represented in a very accessible manner – whilst trying to hide a smile, I half watched an exasperated mother attempt to separate her child’s excited face from the glass it was eagerly pressed tight up against, wide bulging eyes slipping back and forth across a row of starfish, sea anemones and swirled shells.

Across on another wall are spread fairly formidable looking skeletons, the most intriguing of which once belonged inside what you and I would identify as a “Tiger” but is known to those with specialist education as Panthera tigris. On the wall above this is plaqued a truly phenomenal pair of antlers perhaps eight feet across, that stand out marvellously. These once belonged to an Irish Elk – a species that is now unfortunately extinct – and are thought to be something like 7500 years old.

The University’s Zoology collection boasts something in the region of 40,000 different species, only 500 of which are displayed in Brambell. The museum itself has recently partnered up with Storiel in Bangor and is currently overseen by Dr Rosanna Robinson, a Senior Lecturer in Biology here at the University, and by Helen Gwerfyl, who is Museum Collections Officer for Bangor University and Storiel and was present this weekend along with quite a few other volunteers, all of which were very friendly and eager to help. Ms Gerfyl said the museum will next be open for British Science Week in March of next year.