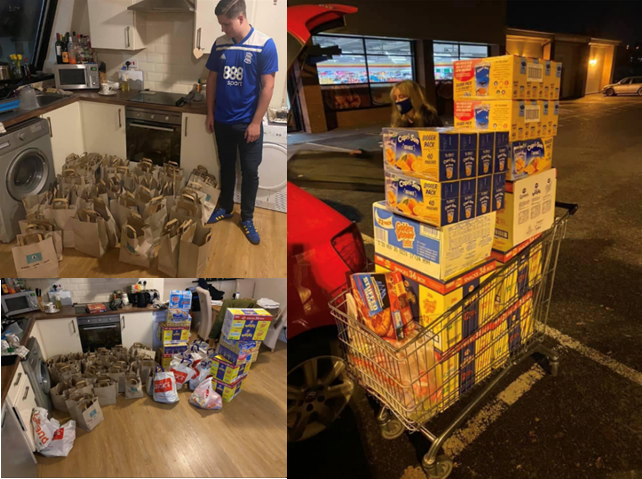 Last week, the Labour Party’s motion calling to extend free school meals over the holidays was defeated by a majority of 61 with 322 votes to 261. This decision has left parents and guardians panicking all over the country, wondering how they are going to cope through an already difficult time.

Outraged by the recent decision, 22-year-old Callum Halpin from Birmingham decided “enough is enough” and has worked hard to make sure that families in South Birmingham will not struggle or worry about where food is going to come from.

Through a group on Facebook called South Birmingham Lunches, Callum, his girlfriend Holly Dack, and many of their friends and family, have been providing meals for families in the South Birmingham area. 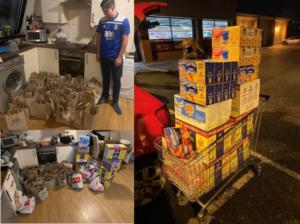 Some of the lunches made by South Birmingham Lunches. Photo credit: Callum Halpin

The scheme started at 8am on the 24th October, and has since been making meals, creating group chats, and organising delivery drivers to ensure they provide for as many people as possible. They work all day so that families in the area have food for the week.

The number of requests that they received grew all day while they made the meals. Callum said “The messages kept coming. One minute we thought we were halfway done, the next we realised we still had so much to do.” 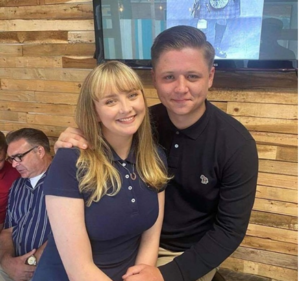 They started with the Rubery, Northfield and Bromsgrove area, and have since expanded to the Weoley Castle and Kings Norton areas too.

In our conversation with Callum, he says “I didn’t want parents waking up thinking they weren’t going to be able to feed their children.”

Some local businesses offered to help, including; Jacks, Akwaclean, Fludealicious, Marketing by SGM, Gossip Café and Waz’s Bistrot, proving that community and kindness will pull through during difficult times.

Noticing many communities taking a stand against the motion, Marcus Rashford has shared on Twitter the South Birmingham Lunches kindness and humanity. The Manchester United player has been outspoken on the debate, and has managed to get over 1 million signatures on a petition for free meals to be provided during term breaks.

Conservative Selaine Saxby MP commented saying “I am delighted our local businesses have bounced back so much after lockdown they are able to give away food for free, and very much hope they will not be seeking any further government support.”

Sajid Javid, the conservative MP for the South Birmingham area also voted against the motion to feed children during holidays.

Many argue that our government “should be ashamed of themselves” for this type of thinking.

Callum goes on to say “It is the government’s responsibility to help people. We’re more than happy to do it, but it shouldn’t be us doing it.”

In Wales, the Welsh Labour government have since announced that they have put together a funding package of £11m to make sure that free school meals are provided during every school holiday, up to and including Easter break in 2021.