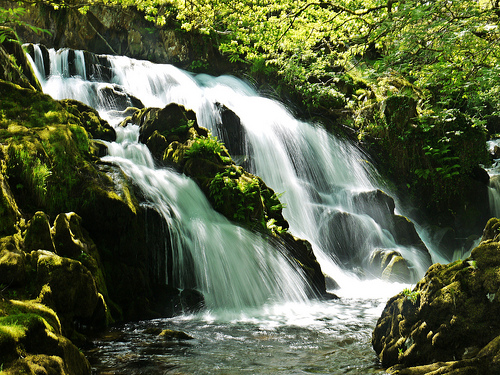 North Wales police have identified the two men who drowned in Llanberis Falls as Steffan Vernon, 33 from Caenarfon and Alexander Hadley, 21 from Dinorwig.

Emergency services, including an RAF helicopter, were called at 8:30am yesterday to the 80th waterfall of the River Arddu, where four men had “got into difficulty”. North Wales Fire and Rescue Service, Welsh Ambulance Service, Llanberis Mountain Rescue Team, and the Police Water Rescue Service were present.

Hadley’s body was pulled from the lake upon arrival. Vernon’s body was recovered some time later. The two surviving men, unidentified and aged 27 and 25, were taken to Bangor Hospital and shortly released.

Llanberis Falls, also known as Ceunant Mawr Waterfall, remains cold in warm weather and had been flowing heavily from recent increases of rain. Local resident Janice Hughes, 66 explained the danger: “It’s dangerous if it has rained a lot. Local people don’t tend to swim unless it is really hot.”