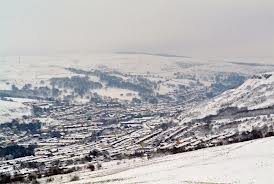 Further snowfalls up to three inches are expected  across the UK on Sunday and Monday.

According to the Met Office the snow and icy temperatures will continue to affect the UK, with a band of more snow spreading north across parts of south-east and east England and the Midlands.

A yellow warning has now been issued, urging drivers to be extra cautious. The snow is expected to be worst in the West Midlands and the east.

Wales has been heavily affected by the snow, with many roads and hundreds of schools closed down.

The Met Office recommended that people only travel if absolutely necessary and take extra care on icy roads and pavements, especially as the snow might turn into ice when temperatures drop over night.

Air and rail services are affected most heavily in South of England, with Heathrow airport experiencing a third day of cancellations. Due to low visibility the airport has been forced to reduce Sunday’s air traffic by 20%. South West Trains said ice can form on the power line, which causes trains to stop, but that they are doing everything they can and will add extra trains if possible.

Arriva Trains Wales reported the Cambrian line service between Aberystwyth, Shrewsbury and Pwllheli running smoothly. “Whilst we are closely monitoring the weather situation which may result in short notice delays and cancellations, we are working very hard to run services as close to our normal timetable as possible,” said a spokesperson.

Power companies across Wales are experiencing difficulties, Western Power reporting about 1000 homes in west Wales without electricity and a few hundred in north Wales. Scottish Power also said they have affected customers, mainly in Gwynedd and on the Llyn Peninsula.

In the past week, many schools have been forced to close across the UK, including 400 in Hampshire, 150 in the West Midlands and more throughout the country.

Update on COVID cases, statistics, and restrictions in Wales