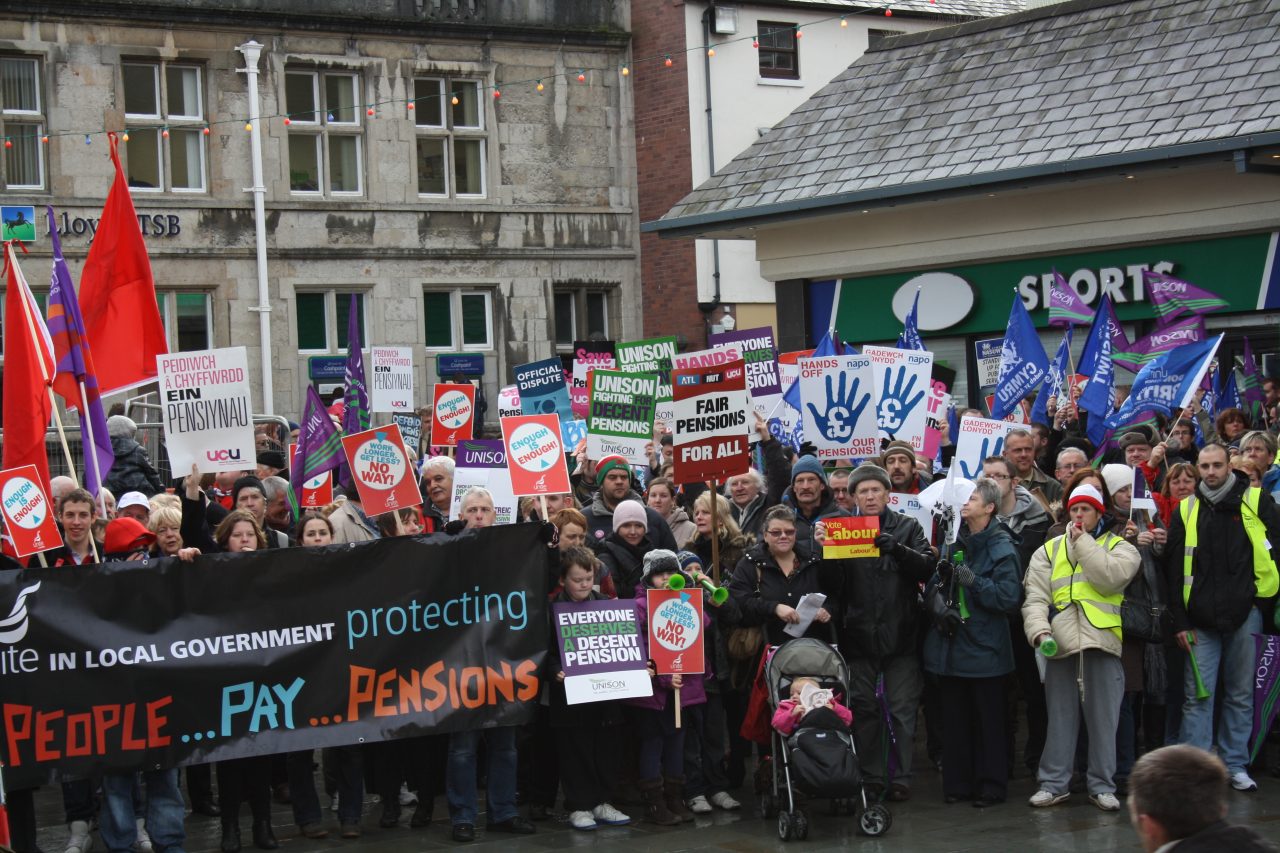 On Wednesday 30th September the biggest strike in 30 years took place all over the UK over the issue of Public Sector pensions. The mass support for striking came after the news that Public Sector workers would contribute considerably more to their pensions but have to work for longer before they were entitled to them. After lengthy negotiations between Trade Unions and the Government that seemed fruitless, it was not surprising that such mass support was present as the strikes got underway. The strikes caused much disruption through the UK effecting universities, schools, airports, ports, council offices, hospitals and many other areas of the Public Sector. Ministers had to call in staff from British embassies throughout the world in order to man the immigration controls at airports and ports to try and prevent as much disruption as possible. Education Minister Michael Gove in the lead up to the strike commented that teachers were simply “itching for a fight” and that he wanted teachers to pause and reflect on the situation. He continued, that teachers should think about parents who were having to pay out for childcare for the day of the strike and that they would not be able to afford a day less pay in the run up to Christmas. The fact of the matter is, this small talk was irrelevant and it seems quite worrying to think that senior politicians believed that such a large strike could have been diverted by them pleading on such petty grounds. With such a mass supported strike, only time will tell whether the Trade Unions still hold as much power as they have done throughout history, and whether a negotiation will be reached regarding Public Sector pensions. Until then, we can reflect upon the situation of today and ask ourselves, are we seeing the revival of the 80’s?