Girl From North Wales Warned Not To Horse Around 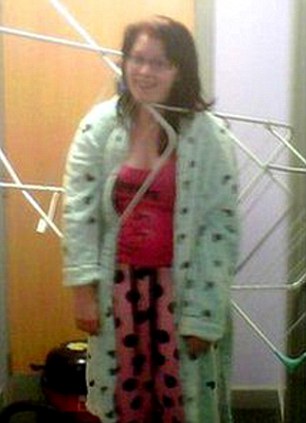 Do you ever suffer from those long sleepless nights when your mind decides that rather than sleep, it’s going to replay the Top Ten Most Embarrassing Moments of your life? Well, it could be much worse. A student at the University of Derby, but originally hailing from North Wales, became trapped in a clothes horse and required help from the Fire Service to be freed.

Danielle Morgan was apparently “mucking about” and fell off her friend’s bed and somehow became entangled in the clothes horse. Bolt croppers were required to free the student, whose friends very kindly and helpfully recorded every moment of the ordeal, just to ensure that the memory would live in on posterity.

A friend of Ms Morgan phoned the emergency services on her behalf and apparently had trouble convincing them of the situation. “I don’t think they quite believed it to begin with”.

Here’s hoping Ms Morgan has learnt of the dangers of (clothes) horsing around.