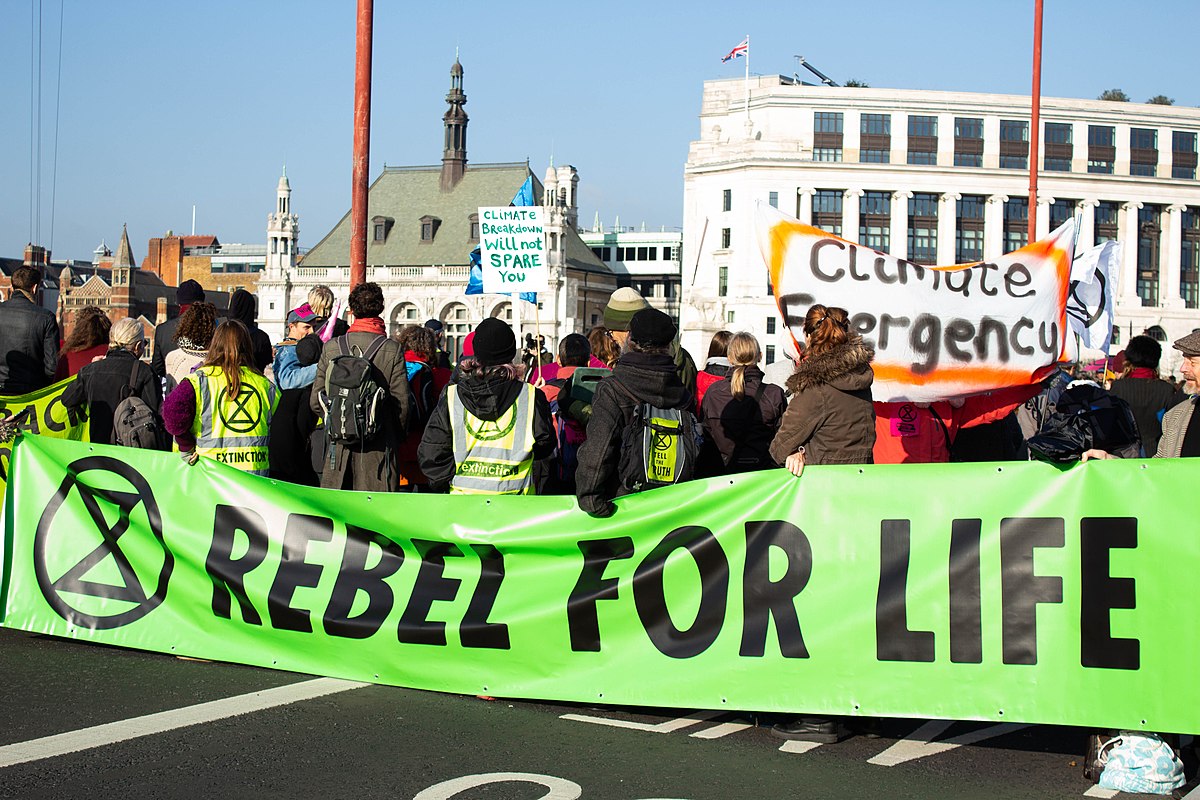 Over 60 members of Extinction Rebellion were arrested yesterday after an attempt to blockade NewsCorp printing presses in Broxbourne and Knowsley.

Papers affected by the blockade included The Sun, The Times, The Telegraph, The Daily Mail and The London Evening Standard, all owned by NewsCorp, the traditionally conservative company founded by Rupert Murdoch. As their reason for the protests, Extinction rebellion cited “the failure of these corporations to accurately report on the climate & ecological emergency, and their consistent manipulation of the truth to suit their own personal and political agendas.”

The conservative government has responded harshly, with Boris Johnson describing the action as an attempt “to limit the public’s access to news.”

The Welsh Conservative party has responded with even more venom, with Janet Finch Saunders, Shadow Minister for Climate Change, Energy and Rural Affairs, describing Extinction Rebellion as an “extremist and neo-fascist organisation.”

“Their actions in targeting a free press are beyond the bounds of acceptable political protest,” continued Saunders in a statement yesterday evening. Saunders called for Welsh government to respond in kind.

The UK’s Liberal Democrat leader described the group’s action as “shooting themselves in the foot,” while Labour MP Diane Abbott responded with ridicule to a suggestion that Extinction Rebellion should be reclassified as an organised crime group.

Extinction Rebellion is a climate activism group made famous by their high-profile campaigns of civil disobedience. However, the organisation has also faced criticism for its loose central organisation and lack of oversight in its local divisions, which has at times created tensions with the general population, such as during the disaster at Canning Town tube station, in which Extinction Rebellion protesters were forcibly pulled from the top of a train by angry commuters.

NewsCorp, meanwhile, has a longstanding reputation as a conservatively biased outlet, having just a month ago seen James Murdoch, son of Rupert Murdoch and one-time potential heir to his father’s empire, step down from the company over editorial, and alleged political, disagreements.

“The papers we have targeted are not reflecting the scale and urgency of what is happening to our planet,” said Extinction rebellion, in their statement after the arrests.

Both Extinction Rebellion and the Conservative Party have urged that this is a matter of democracy and the free press. The conservatives argue that this protest was an attack on the free press, while Extinction Rebellion effectively claims that NewsCorp companies are propaganda outlets and enemies of the free press themselves. The ultimate question is, even if a news outlet is biased or even corrupt, is an attempt to suppress it by force, a tactic long associated with anti-democratic sentiment, too dangerous a move by a group already struggling in the court of public opinion?