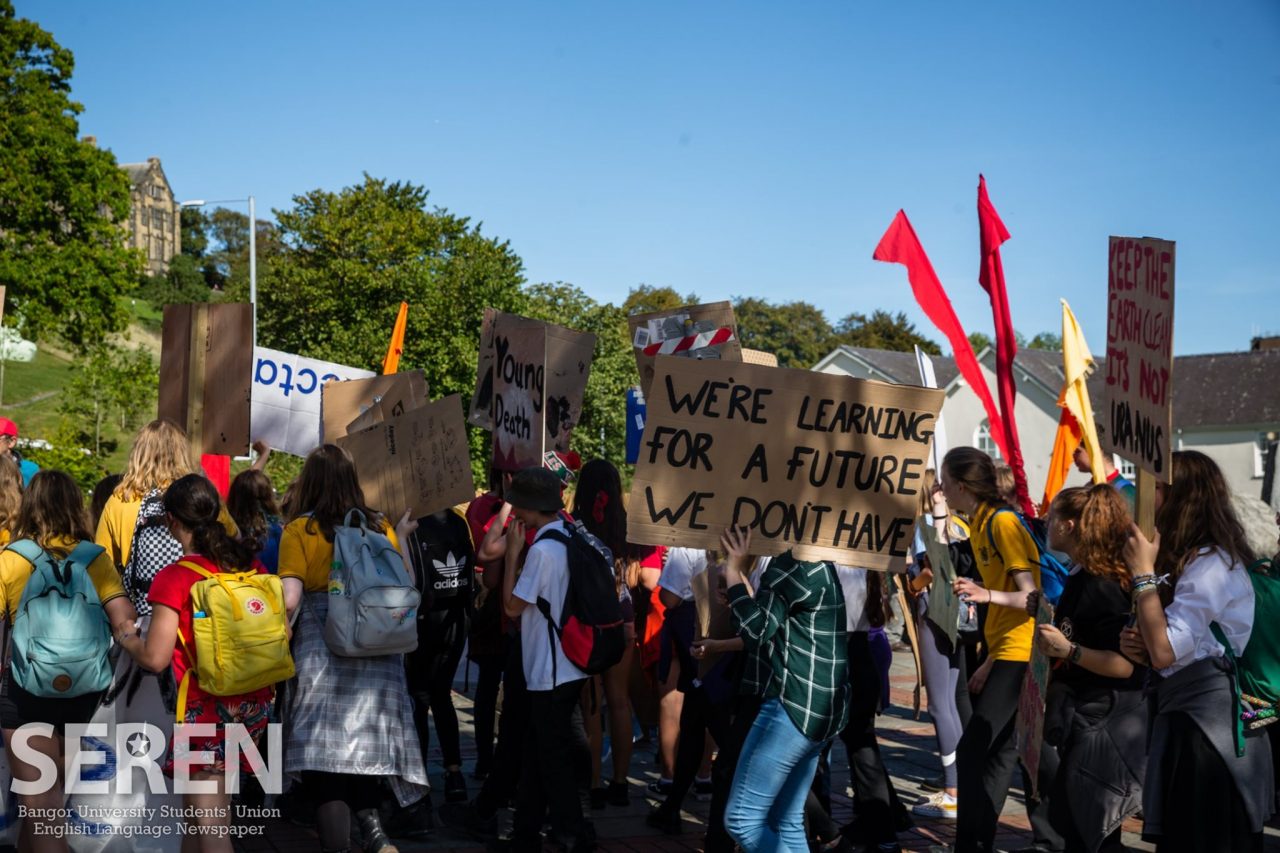 Yesterday saw crowds marching through Bangor in protests supporting School Strike for Climate, a global movement pushing for action to be taken on climate change.

(for more information, see our main article at: https://www.seren.bangor.ac.uk/news-politics/local-news/2019/09/21/global-climate-strike-march-bangor-protest-takes-to-the-streets/).

Seren Bangor spent the march interviewing over 40 individual protestors to hear why they personally had taken to the streets. The following 10 interviews represent a cross section of those interviewees.

What has brought you here today?

How did you get involved in this movement?

Who do you believe is the most important audience for this protest?