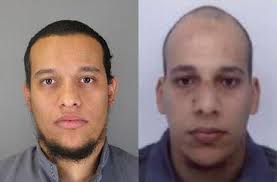 This January, the world was shocked by the shootings of employees from France’s Charlie Hebdo comic, after they produced what were perceived by some as ‘anti-Muslim’ cartoons of the prophet Muhammad. Twelve people, including the magazine’s editor Stephane Charbonnier as well a policeman, were shot and killed by masked gunmen later discovered to be brothers Cherif and Said Kouachi. Discussions online sparked like wildfire over ideas of censorship and the right to free speech, and Paris was thrown into turmoil with a spate of further incidents taking place.

In a siege on the Creation Tendance Decouverte printworks on the 9th of January, the Kouachi brothers were killed after asserting that they would die a martyr’s death. In the weeks that followed, Charlie Hebdo released what was to be by far its highest selling issue to date, and funeral and memorial services were held for the victims of the shootings. Daily news articles kept Britain updated, and Europe and the rest of the world reeled from the events.

The attacks, almost a month ago, still have France in turmoil, with unrest and rallies still taking place in Paris and across the country. Divisions are still strong over “Je suis Charlie” (“I am Charlie”), the rallying phrase which many have adopted. The shootings have led to an outbreak of anti-Muslim discussion worldwide, much of which is taking place unchecked, online. In retaliation hundreds of Muslims have been forced to defend their religion with the assertion that “we are not all like them.” What we seem to have ended up with is one extremist view pitted against another: the idea of the Charlie Hebdo editors and employees were worthy of death, versus the idea that the crime reflects the attitudes and beliefs of any and all Muslims.

The events of this January have, by many accounts, heightened what was already a climate of fear and suspicion in France and across Europe. Many are using words – articles, blogs, even posts on Twitter and Facebook – in an attempt to bridge the divide; to provide to the mix a moderate voice, but the effectiveness of these attempts in the currently fraught religio-political climate are still very much up in the air. The fear of many seems to be that fire will ultimately be fought with fire, and a feeling of outrage and unease prevails across Europe.

The currency of crime: Not what you’d expect