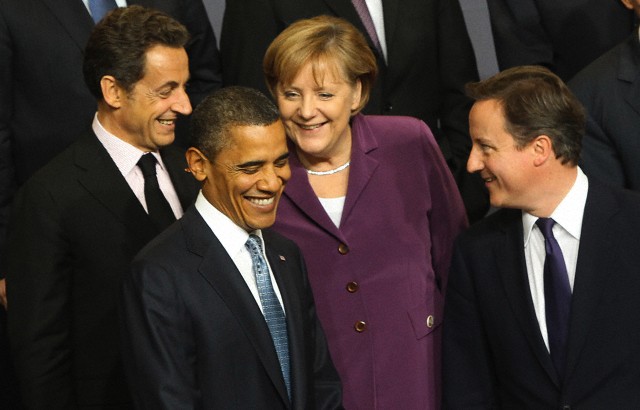 The Eurozone crisis seems never ending. First Britain joined the E.U twenty years after it started and ever since we’ve been labelled the awkward partner. Most of us just don’t want to be seen as being European or needing Europe.  The House of Commons is full of Euro sceptics, we rage when our PM signs treaties without our say so and we throw a fit when we give our hard earned money to help bail them out. Europe is just not Britain’s thing.

holding the pound aloft and doing a giddy dance

Having to counter a petition to hold a referendum about our very membership did not see the other leading nations crack a smile in our direction. They decided to turn around and ask if they even want us to be a part of what everyone sees as ‘their Union’. Yet irrespective of our membership, the Eurozone is in trouble. Yes we have a completely different currency to them but that doesn’t mean we will be able to walk away scott free, holding our pound aloft doing a giddy dance while watching the Euro crumble and falter into the nothing it was 15 years ago. As we have seen with the global financial crisis, economies are interlinked. So what the Euro goes through, so does the pound. No, we won’t lose the currency we have been hell bent on retaining but if the Euro does collapse what will actually happen? 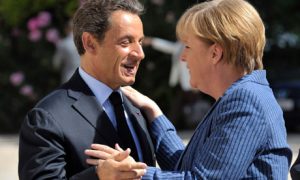 Will the states go back to their original currencies such as the Deutchmark, the lira – can they? Yes, you see new pictures of European unity in the press every day with Merkel, Sarkosy and the new Italian PM Mario Monti all cosying up to each other. And yes, every day they state how committed they are to making the Euro work, but underneath their constant quacking what do they propose to do? With fall outs over the role of the European Central Bank and the apparent need for ever deeper integration, European communication lines are evaporating; fast. Germany wants the ECB to have a bigger role, while France and Italy oppose such powers. They all seem to forget that new treaties need to be forged to legitimate such levels of integration and that these then need to be ratified by their people. With the Euro sinking and the leaders clasping at straws to save their economies what will happen? Can the markets cause any more damage? Will Greece be forced to leave the Euro? With recession forecast before the year is out, no one has any answers. The leaders can show their unity all they like, but they know the outcome of this crisis as much as you and me. In other words, nada.