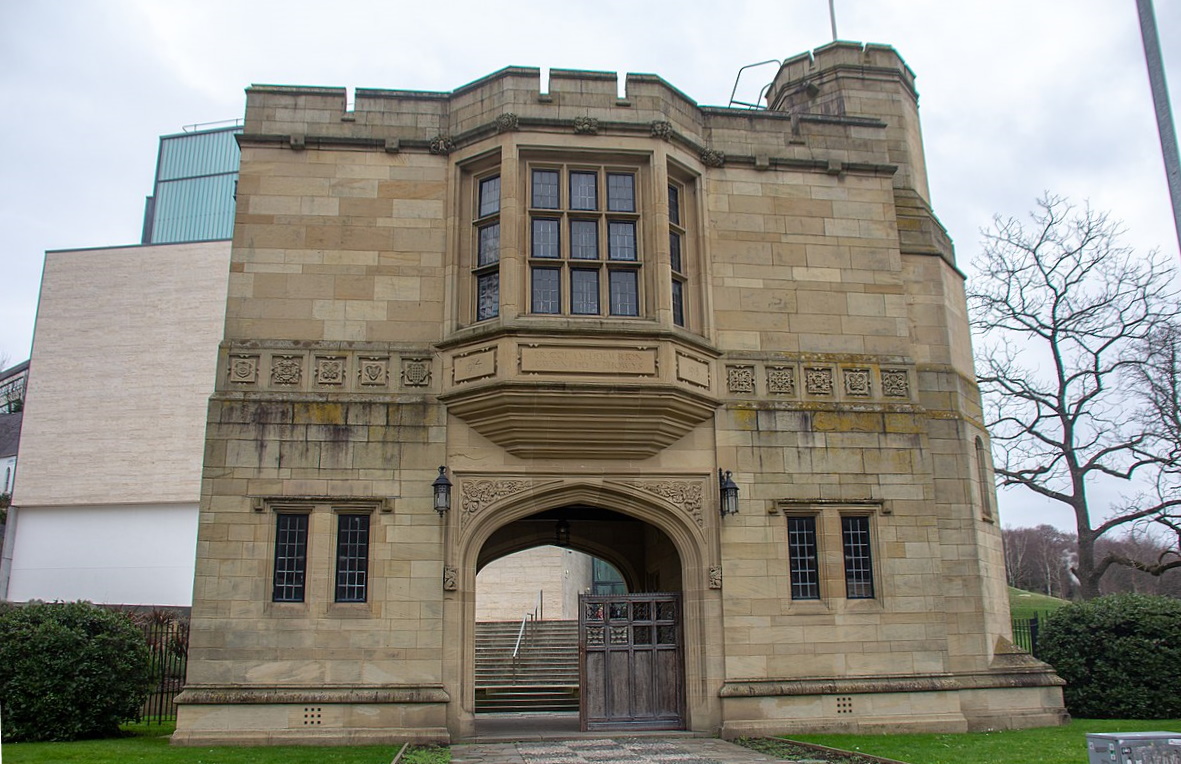 The new gates were added to the Memorial in time for Remembrance Sunday, and comes just over 97 years after its initial opening.

The North Wales Heroes Memorial was opened on November 1 1923 by Prince Edward, Prince of Wales. Within the Memorial, the names of 8,500 individuals from North Wales counties are inscribed, who died in active service during the Great War.

Its location – just below the university’s Main Arts building on Deiniol Road – and grand aesthetic makes it a clear reminder and symbol of the lives lost during that period in history.

“No one who has seen the oak-lined room containing the names of the men who died on active service, and arranged by parishes of north Wales, can fail to be moved by the experience,” says Lars Wiegand, Director of Property and Campus Services at Bangor University.

The memorial is built in a Tudor style gateway, with small offices on the ground floor and an entrance area and stairs leading to the first floor. The first floor, entered through bronze doors, contains the memorial room of the 8,500 soldiers, sailors, and airmen who lost their lives in WW1. Their names are listed by country and parish.

“Managing this and our other Listed Buildings on our estate give us the occasional opportunity to commission traditional building crafts.”

The work was commissioned on behalf of the university by local contractors Lewington and Templer; Andy Templer of the company said this about the new gates:

“It was an honour to be part of the work to ensure that the Memorial Arch was once again looking resplendent for Remembrance Sunday. The gates are of oak and are a replica of the original design. They are held in place by the original ironwork.”

Dave Smith Windows and Doors carried out the work on the important memorial.