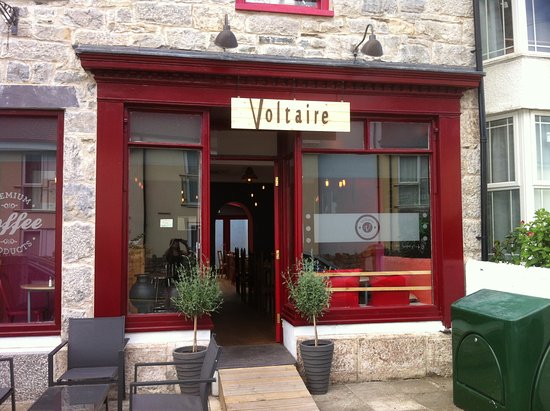 Rachael Phoenix, the owner of Voltaire, released a statement on the restaurants Facebook site yesterday stating:

“most of you will be aware of the current issues in relation to the new £5 note. We have decided not to accept the notes here at Voltaire as a stand against using animal products in our everyday necessary products. Thank you to all our wonderful customers who have been so supportive in our decision. We do hope this does not cause too much inconvenience.”

The Bank of England has not commented on whether businesses are obliged to accept the new £5 note. Many other vegetarians, Sikhs and Hindus have expressed their anger at the use of tallow in the note. A petition calling for an end of the use of animal products in the notes, which launched September, has now attracted 130,000 signatures.

Voltaire, which opened 8 months ago in Bangor, is the only 100% vegan restaurant in Wales.
She added: “It sickened us that they have done it in the first place. We had to show that we were not happy with it.” Racheal also added: “once the old £5 note is not circulated anymore we will see what happens but for now we are stocking up on change.”

Voltaire is not the only food establishment to reject the new £5, the vegetarian rainbow café in Cambridge have also decided against the use of the new tender.

The Bank of England is now looking for a way of making the new note ‘meat-free’.