Canine calming room : a great initiative victim of its own success 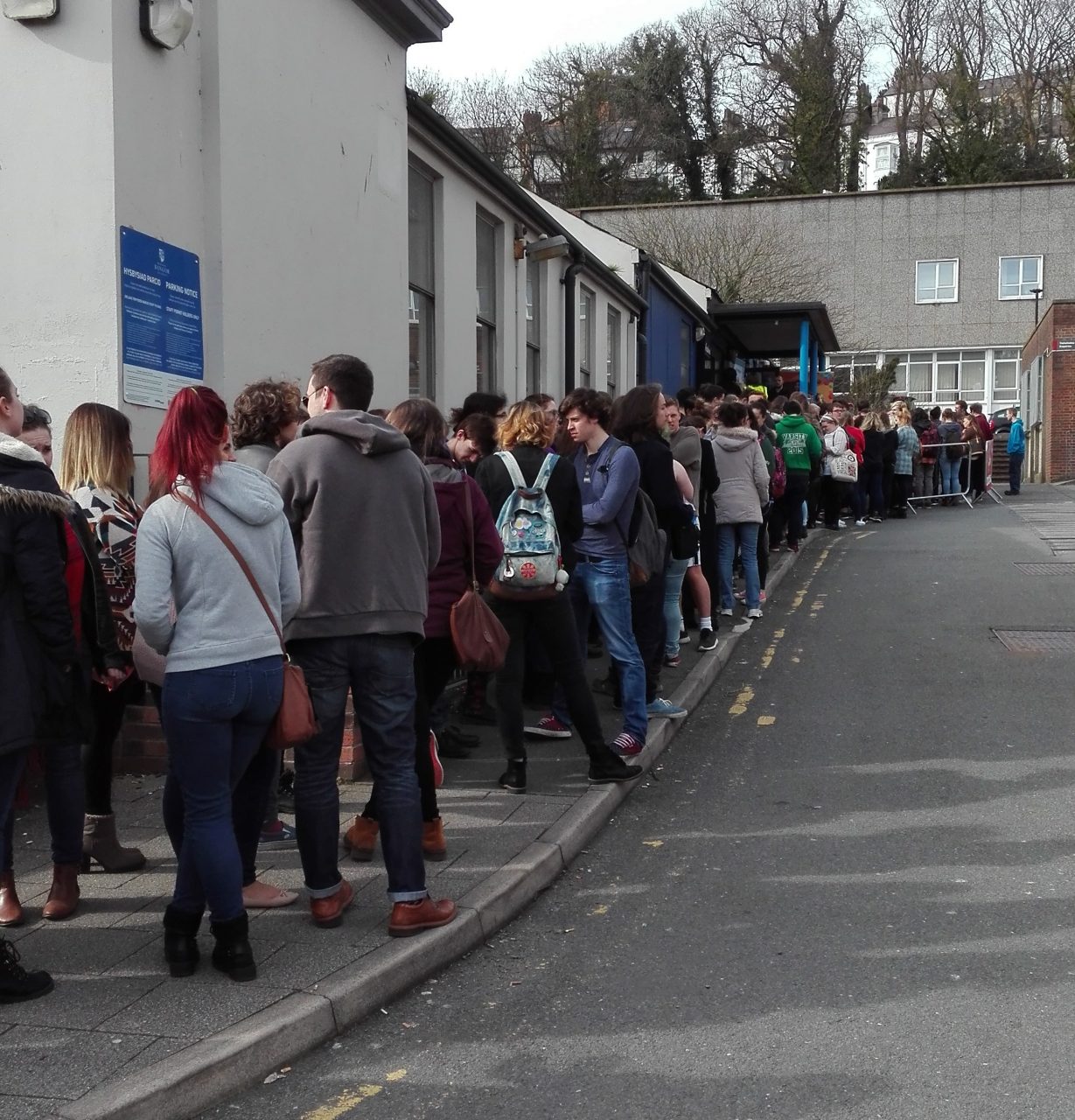 The concept? Studies showed petting dogs helps to unwind from the stress of exams. Bangor University, taking this into account, decided to follow the recent trend of “canine calming rooms” . Universities such as Nottingham, Aberdeen, Central Lancashire and Bristol organised them in period of essays and exams and met great success.

In Bangor as well, students are fond of dogs. On Facebook, 602 of them said they would participate and 519 were ‘interested’.

And, the icing on the cake: having a relaxing time stroking dogs would help raising funds for Guide Dogs Cymru, an association that offer services to blind and partially sighted people and raise funds for guide dogs’ training.

On Friday 11, right in the middle of exam weeks, 13 dogs were gathered in the Academi, accompanied by their owners.

Yet, the organisers were overwhelmed by the number of attendants. The queue was of about hundred meters. Students had to wait several hours for 3 short minutes with a dog they shared with 2 other peoples.

“I think to organize such an event was a good idea, not just in terms of petting the dogs, but also in combination with raising awareness of the importance of guide dogs and the charity. However it was a pity that one waited really long to get in and then just got 3 minutes there. I felt like being in a rush and was not really able to start a conversation with the owner, which is not to blame the organiser, there were just too many people for a small amount of dogs.”

Another event of this kind is to be announced soon. For more information keep in touch with Bangor University Facebook page.