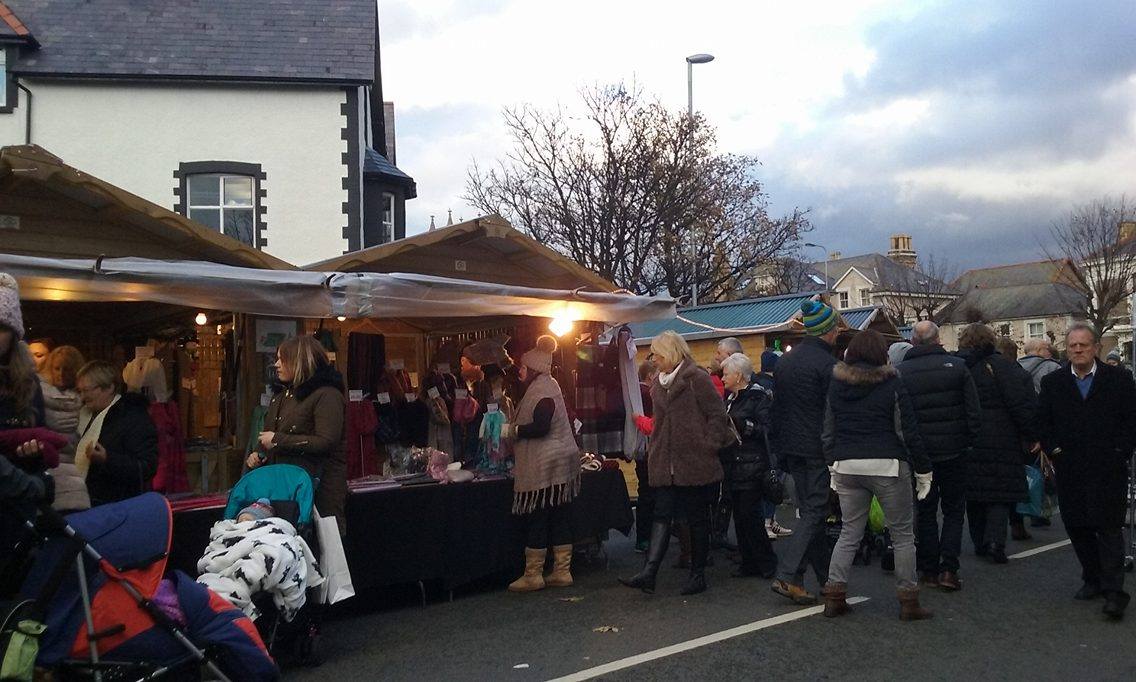 Llandudno’s Christmas Market has doubled in size, compared to 2014, with 140 food, drink, craft, and bric-a-brac stalls. It has thus become one of the largest in Wales.

This year’s Christmas fayre expanded it to Trinity Square in addition to the usual Madoc Street. From the 19th of November to the 22nd it is expected to have attracted more than 30,000 visitors.

For £1.50, visitors could access about 140 stalls, which is 60 more than in Liverpool. The increasing quantity of stalls, however, made it less coherent, with stands from regular vegetable selling to bric-a-brac. Santa’s Grotto actually consisted of a small wooden cottage and cost £5!

Still, there were good quality stalls and a great display of Welsh craft. The best part of the market being the Christmas chorus, composed of ladies dressed in Victorian fashion.

“I find Llandudno’s Christmas market quite nice”, says Elodie, 21. “Everyone can find their happiness and do some Christmas shopping thanks to the numerous and variety of stalls: food, craft, Christmas decorations… My favorite part was the food tasting.”

Icing on the cake: Llandudno’s city is the perfect setting for a Christmas Fayre. It is surrounded by mountains and on the edge of the sea with an atmosphere described as ‘Dickensian’.

Other Christmas Markets to come :

Chester Christmas Market: Situated outside Chester’s historic Town Hall, Library and Cathedral, the Christmas Market will be running all week until 20th Dec 2015.
Colwyn Bay: Celtic Christmas Fayre at St Paul’s Church on November 27th and November 28th between 10am and 2pm.