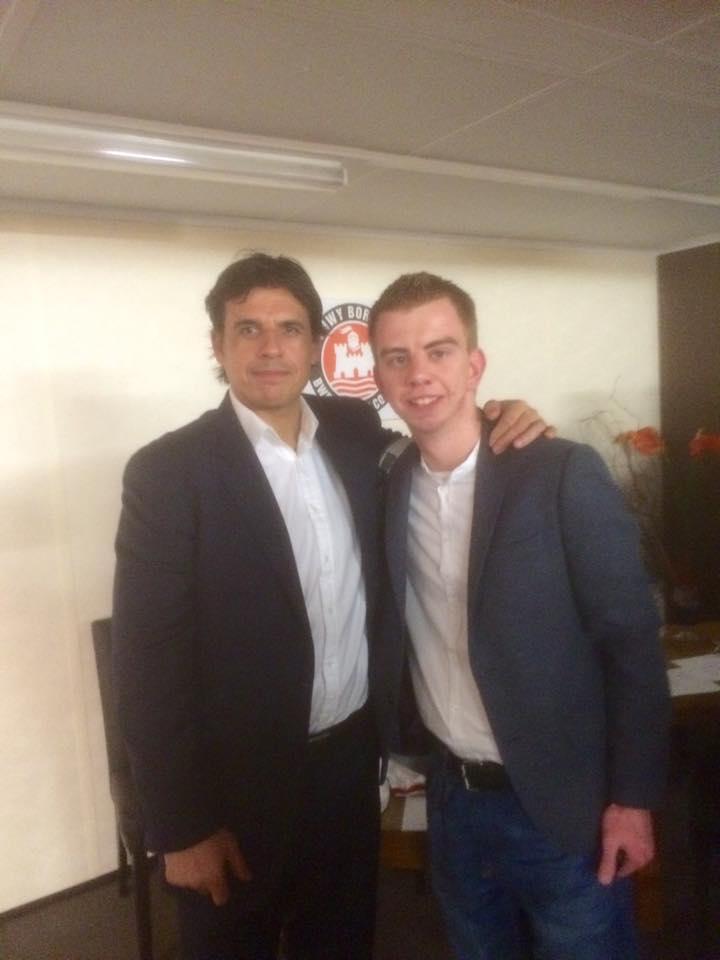 Jamie, who has already followed the team to qualifying matches in Cyprus and Cardiff, says that the project is “like a dream” and that “it doesn’t feel like work”.

In an article on the Bangor University website, Jamie tells of how he never expected such swift success: “I read a lot of footballing books, and I’ve always wanted to write my own, but I thought it would take me years to build up the contacts and experience to be able to do it.”

“I’ve been very fortunate thanks to the degree I’ve completed, my lecturers, and Lolfa, to be given this opportunity.”

We asked Jamie how he felt when Y Lolfa gave him the go ahead: “I approached Y Lolfa last November with this idea, and, as an idea, they really liked it and were on board straight away. In practice, this 21-year-old with no previous publishing experience still had to put something together worth reading. Hopefully being selected for this shows I’ve done that, and, of course, it’s a thrill and a real privilege to be considered for such a project.”

He added: “It’s nerve-racking too, but I was obviously very happy that Lolfa wanted to work with me on this, and I’m just very much looking forward to seeing how it all pans out.”

Jamie writes match reports and interviews the squad for Welsh language news site Golwg 360 and has contributed to The Offside Rule Podcast. He will complete an MA in Journalism and Media Studies at Bangor this year.