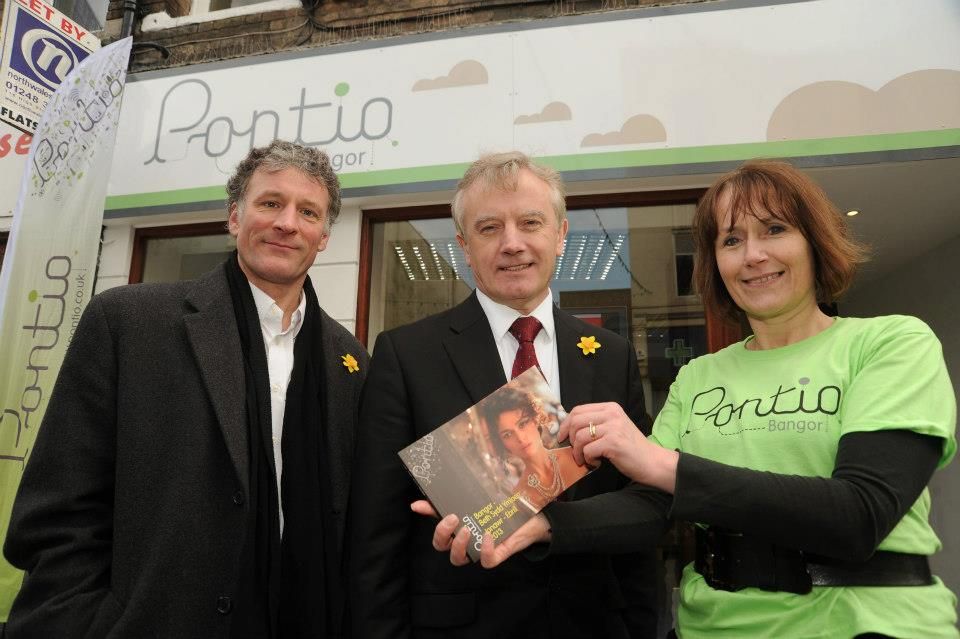 The Pontio Company have bought a Bangor high street shop to support their presence within Bangor. This follows the start of the construction of the Pontio project at the bottom of Glanrafon Hill, next to the Main Arts building of the university, with a completion date of May 2014, and the opening time to be sometime within September 2014. The shop has no set usage yet, rather than to showcase Pontios events. So far it houses images of key events in the Pontio story, such as the laying of the foundation stone, the opening of the shop itself and the talkaoke.

Elen Robert, the artistic director of Pontio, stated that it was ‘crucial’ that Pontio had secured the high street lot as it made Pontio more ‘accessible, open, present and available’ rounding up that ‘putting a face on Pontio is really important’. In relation to the role the shop would play in the future, Elen commented that it would fulfil ‘a bit of everything such as sharing information on the screens, regarding upcoming events or showcasing events that had already happened. Also, with the marketing presence in the shop, people would be able to ask questions regarding all aspects of Pontio’. Overall the aim was to create a ‘warm welcoming environment’ for people. The shop also provides another area in which Pontio can advertise their events, as their current outlet is via the university (and Seren!), distribution of flyers or booklets outlining the upcoming program, or through word of mouth.

With the construction finally underway, John Hughes, Vice chancellor of Bangor University, stated: “I’m probably the happiest to see it [being built]. It’s been a big problem for us over these past couple of years”. He sees the project as a good way in which to fuse the student and local communities as he told designers of the building ‘the Students Union has to stay within Pontio’ and believes the name, Canolfan Pontio, ‘has caught the imagination of people over the last couple of years’ and is happy to see it stay as the ‘meaning is perfect, we see it very much as a bridge to the community’.