Despite the fact that the crime rate in North Wales is supposed to be considered as one of the lowest in the UK, Bangor has recently been plagued by episodes of violence. According to online figures for February 2012, shockingly Bangor was at the top of the list as the most crime-ridden city in North West Wales. High levels of anti-social behaviour, vehicle crime, drug-related crime, theft damage and criminal damage appeared to be the main causes after being reported across the city. 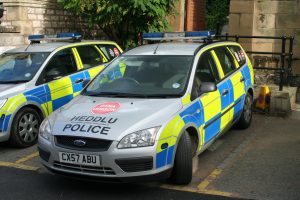 Telling WalesOnline.co.uk her thoughts on the matter, Bangor Cllr June Marshall said: “It’s a bit sad. I’m surprised. I haven’t heard of incidents of crime in Stryd Albert (where the incidents seem to be occurring). It tends to be students targeted.”

Arfona Davies, a resident of Stryd Albert, goes on to add: “We’ve had problems with cars being broken into and somebody left horrible, abusive notes on some cars.”

Police are trying to reassure Bangor residents, but the task is made all the more difficult when, just a few weeks ago, there were arson attacks on vehicles parked on Garth Road as well as Strand Street. Additionally, a string of robberies occurred in the same night in the City Centre, whilst in Upper Bangor people found themselves being confronted by culprits with knives trying to intimidate them into handing over their money and any other possessions of value. One person was injured in this event.

In the months beforehand, a man was charged with the murder of Kelvin Jones, who was from the Upper Bangor area. Another man, a resident at the Ty Newydd hostel, was jailed for an attack he conducted upon a teenage girl.

Inspector Simon Barrasford of the North Wales Police, told the Bangor-Anglesey Mail: ŇRobberies are fortunately a very rare occurrence in Bangor, however, let me reiterate and reassure the public that we will not tolerate incidents such as these and those responsible will feel the full force of the law.Ó

A spokesperson added to this: “The street robberies were a one-off with a number of incidents happening very quickly in a short space of time but tackled by some excellent rapid response policing with two local men very quickly detained. Both have been charged and remanded to appear at court in May and so sub judice obviously prevents elaboration although a local councillor has already gone public praising the efforts of local police.

“Arrests too have been made with regards to the arson attacks and enquiries too reveal these do not form part of a pattern, but are more focused.”

Chairman of the Upper Bangor Society, John Martin, tells the Bangor-Anglesey Mail that the society will be meeting with police on Monday, stating: “Obviously there are some complaints. The death in Britannia Square did cause a lot of concern among residents. The meeting on Saturday 14th April will allow for the police to be present to explain their roles and give reassurance.”

A member of the People of Bangor Community Group adds however:  “Personally, I find it very disturbing to hear of such awful crime being committed in the city. Maybe this is further evidence to reinstate the police hub back in Bangor.”