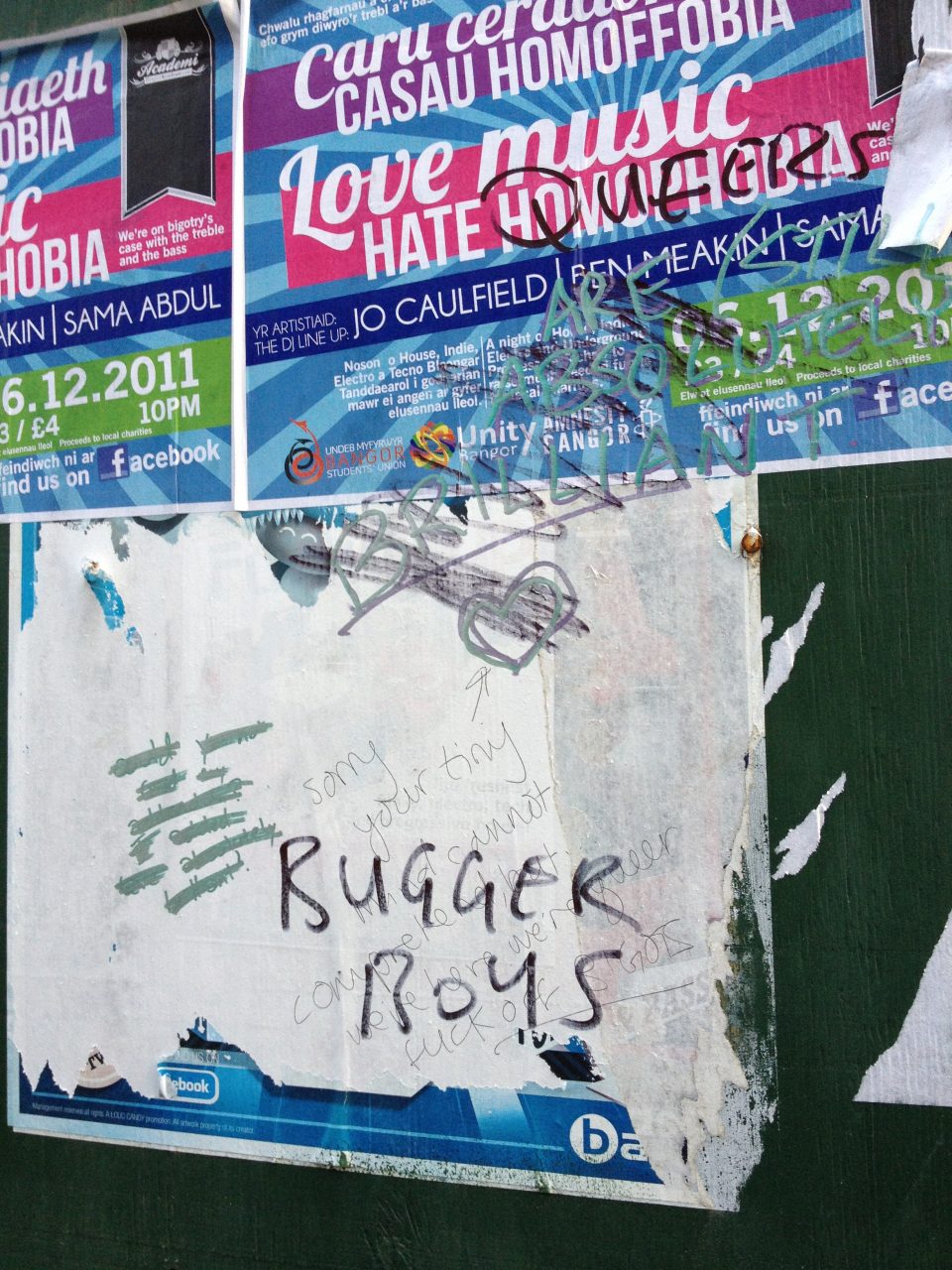 Bangor was the first Welsh city to host Love Music Hate Homophobia (LMHH), a national event that aims to raise awareness about homophobia and its effects. LMHH was able to add a political message to the one club night a month that caters to the LGBTQ+ population. Contrary to popular belief we do not live in a post-homophobic society and homophobia is still rampant within our society. Most recently this was seen in Bangor when an LMHH poster was vandalised to say “Love Music Hate Queers.” This soon became a conversation when gay rights activists changed the poster to say “Queers are absolutely brilliant.” And homophobes retorting with “bugger boys.”

Jo Caulfield, Bangor Students’ Union President, described the attack an “utter disgrace.” Yousef Cisco, organiser of the event, has said that “the case for events like LMHH to continue has been made. This disgusting attack only proves that we don’t live in a society free of homophobia and that the gay-rights movement is far from over. Just because the face of homophobia has changed and it’s not as obvious as it used to be it still lies beneath the surface.” 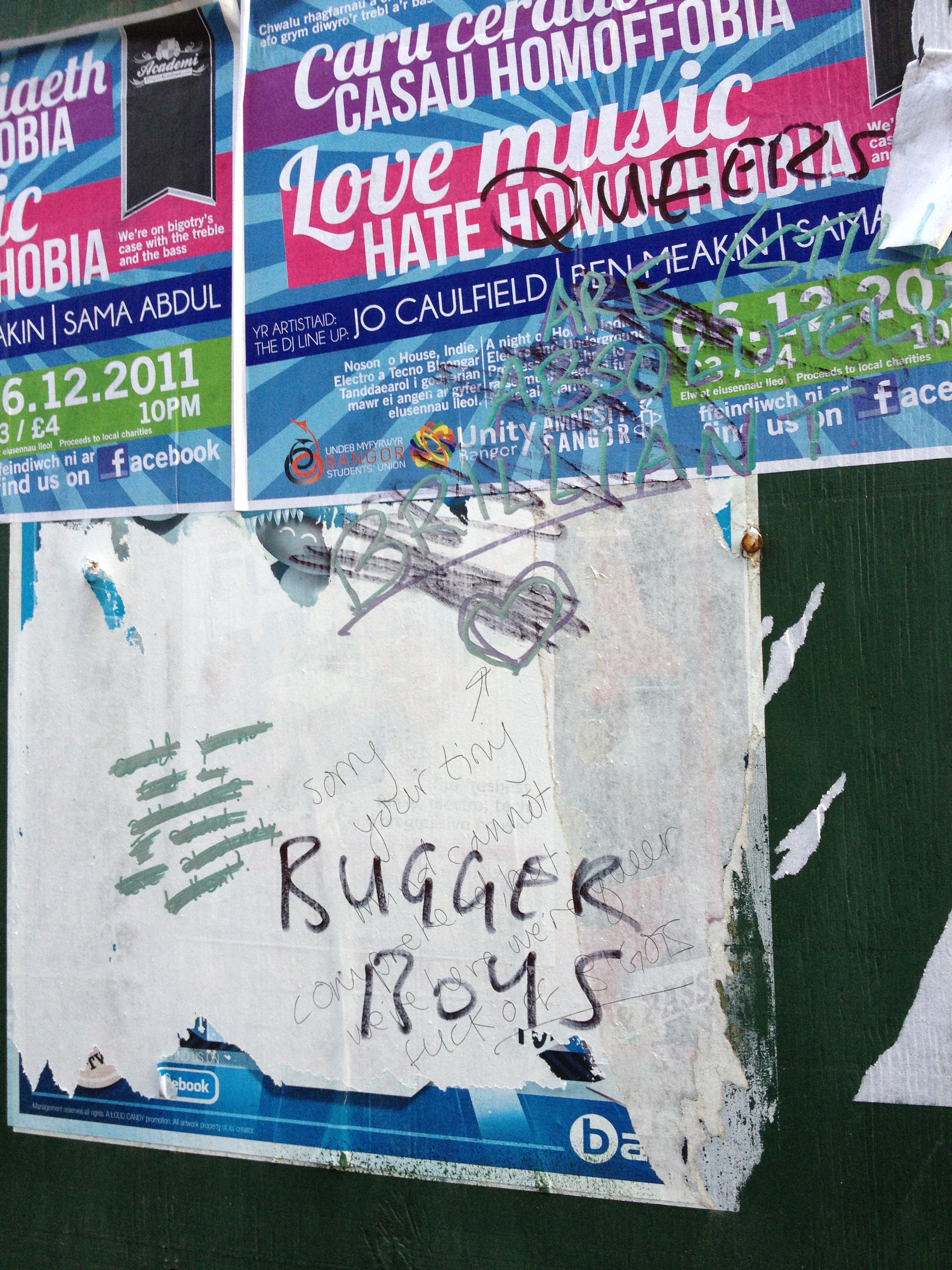