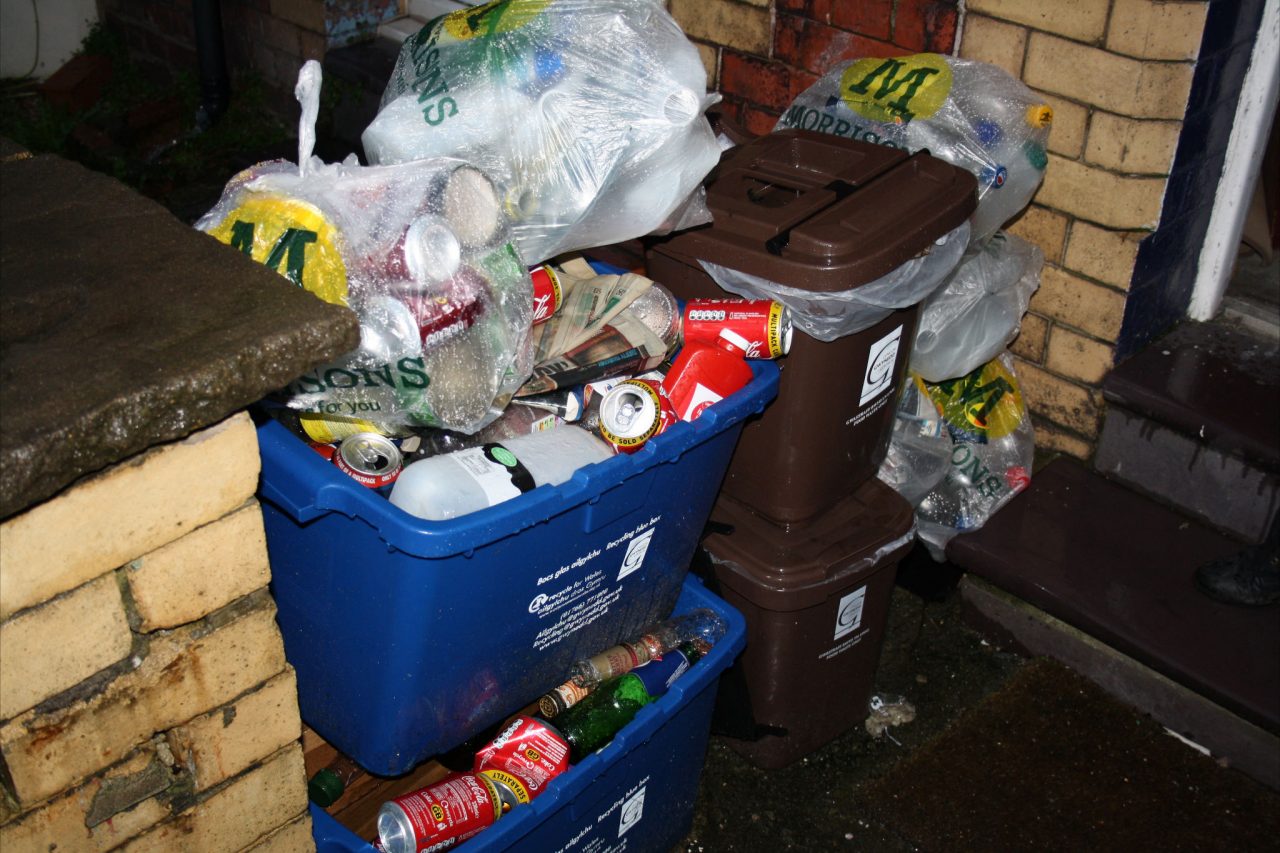 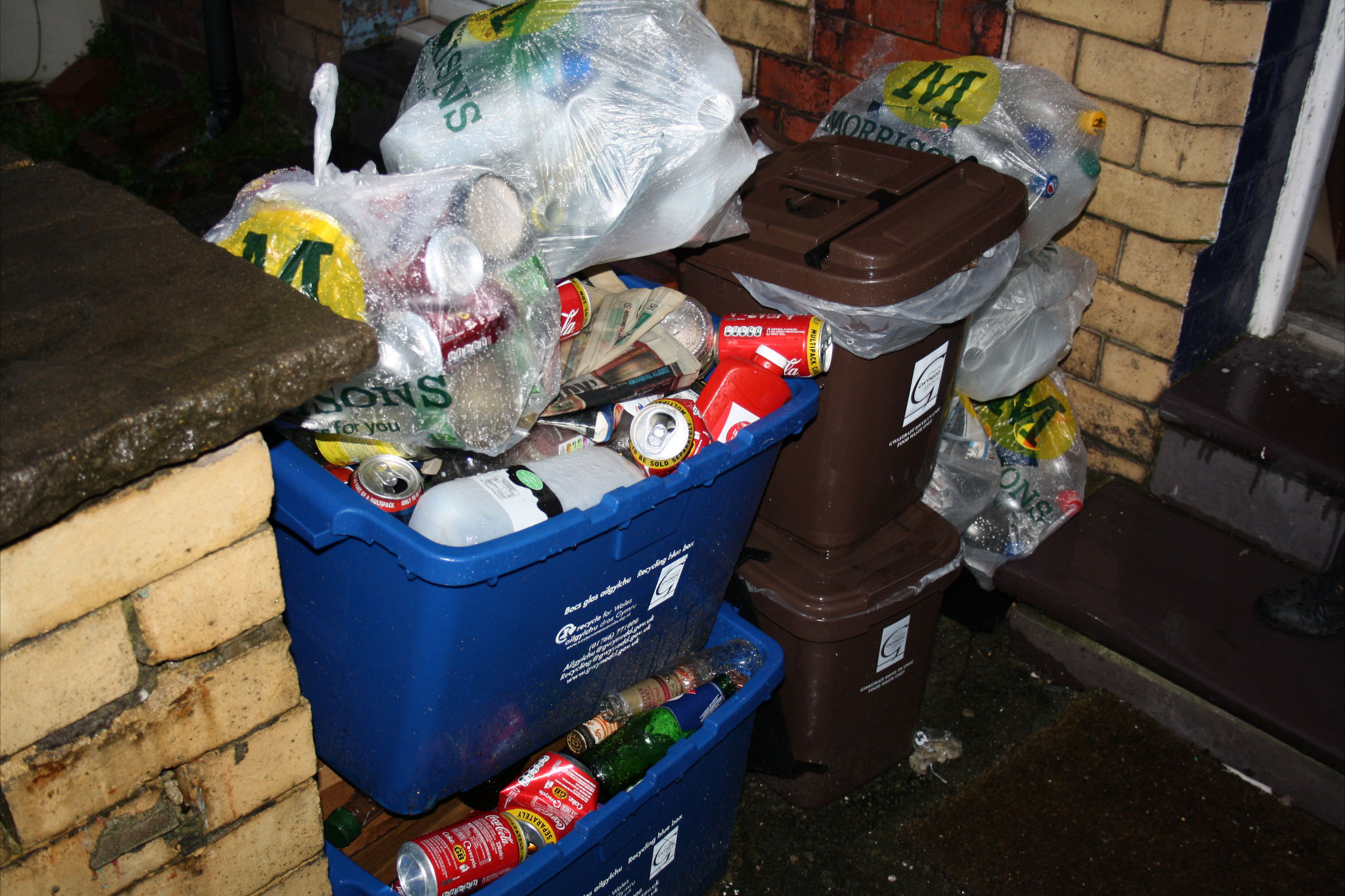 Bins in Bangor have been causing a lot of controversy in the city recently, the main problem being irregular collection leaving the streets sprawled with waste.

After the Christmas holiday there seems to have been a lapse in bin collection resulting in bin bags being piled on the floor next to bins and food waste bins fermenting with mould.

This along with the extreme winds we have been greeted by over the past few weeks has meant that rubbish has ended up sprawled throughout residential areas, creating a stench and an awful sight.

On Glanarft Hill, a gathering of maggots was reminiscent of where food waste bins have been blown down the hill and pieces of broken bins lay on the road side where bins have blown over and shattered.

Student Duncan Parsons commented “Before I left Bangor for Christmas, I made sure all of our food waste bins, recycling boxes and regular bins were out in view of the bin

men, but when I returned in late January, they had not been collected.”

Mr Parsons said “I was less than happy with this response and it seems as if my complaint has fallen on deaf hears, I have not heard anything back since.”

This case is not the only complaint about the Gwynedd Council failing to adequately answer questions regarding waste, and another source who wishes to remain anonymous has said “I contacted Gwynedd Council on many occasions asking why my recycling boxes weren’t being emptied, to which they replied saying that tins and jars were not being washed out, hence why the bin men were not collecting the waste.”

Shocked at their accusations she said “this was not the case, and after emailing back to tell them that she did prepare the rubbish correctly for recycling, she received no response.”

Charlotte Hughes said “bin regulations are not clear, and if there are problems with the way people are using the recycling bins, then it would be more beneficial for everyone and the environment if Gwynedd Council informed residents.”

She continued “some bin men will take anything that’s in the recycling and extra bags next to the bin, others won’t, and this is where the problem lies, meaning bins are left not emptied creating further problems.”

The problem is yet to be fully resolved, and although the bin collectors are apparently doing their job. It seems that many areas of waste management need addressing.