If you’ll be contemplating dying alone this Valentines Day like myself and food editor, Paige, here are some books to help deal with this. After all, Shakespeare himself invented the term lonely. 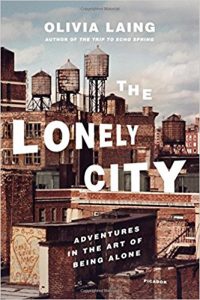 ‘The Lonely City’ by Olivia Laing

When Olivia Laing moved to New York City in her mid-thirties, she found herself inhabiting loneliness on a daily basis. Increasingly fascinated by this most shameful of experiences, she began to explore the lonely city by way of art. Moving fluidly between works and lives — from Edward Hopper’s Nighthawks to Andy Warhol’s Time Capsules, from Henry Darger’s hoarding to the depredations of the AIDS crisis — Laing conducts an electric, dazzling investigation into what it means to be alone, illuminating not only the causes of loneliness but also how it might be resisted and redeemed. 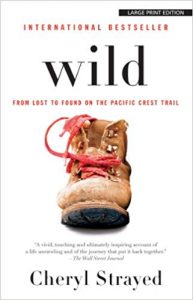 At 22, Cheryl Strayed thought she had lost everything. In the wake of her mother’s death, her family scattered and her own marriage was soon destroyed. Four years later, with nothing more to lose, she made the most impulsive decision of her life. With no experience or training, driven only by blind will, she would hike more than a thousand miles of the Pacific Crest Trail from the Mojave Desert through California and Oregon to Washington State — and she would do it alone. Told with suspense and style, sparkling with warmth and humour, Wild powerfully captures the terrors and pleasures of one young woman forging ahead against all odds on a journey that maddened, strengthened, and ultimately healed her. 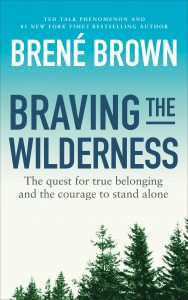 ‘Braving the Wilderness’ by Brene Brown

Social scientist Brene Brown, PhD, LMSW, has sparked a global conversation about the experiences that bring meaning to our lives–experiences of courage, vulnerability, love, belonging, shame, and empathy. In Braving the Wilderness, Brown redefines what it means to truly belong in an age of increased polarization. With her trademark mix of research, storytelling, and honesty, Brown will again change the cultural conversation while mapping a clear path to true belonging. Brown argues that we’re experiencing a spiritual crisis of disconnection, and introduces four practices of true belonging that challenge everything we believe about ourselves and each other. Brown offers us the clarity and courage we need to find our way back to ourselves and to each other. And that path cuts right through the wilderness. 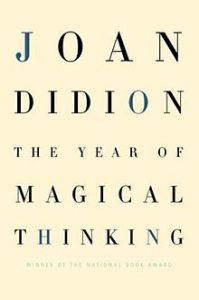 ‘The Year of Magical Thinking’ by Joan Didion

Joan Didion explores an intensely personal yet universal experience: a portrait of a marriage–and a life, in good times and bad–that will speak to anyone who has ever loved a husband or wife or child. Several days before Christmas 2003, John Gregory Dunne and Joan Didion saw their only daughter, Quintana, fall ill with what seemed at first flu, then pneumonia, then complete septic shock. She was put into an induced coma and placed on life support. The night before New Year’s Eve the Dunnes were just sitting down to dinner after visiting the hospital when John Gregory Dunne suffered a massive and fatal coronary. In a second, this close, symbiotic partnership of forty years was over. Four weeks later, their daughter pulled through. Two months after that, arriving at LAX, she collapsed and underwent six hours of brain surgery at UCLA Medical Centre to relieve a massive hematoma. The book itself tries to make sense of these events.