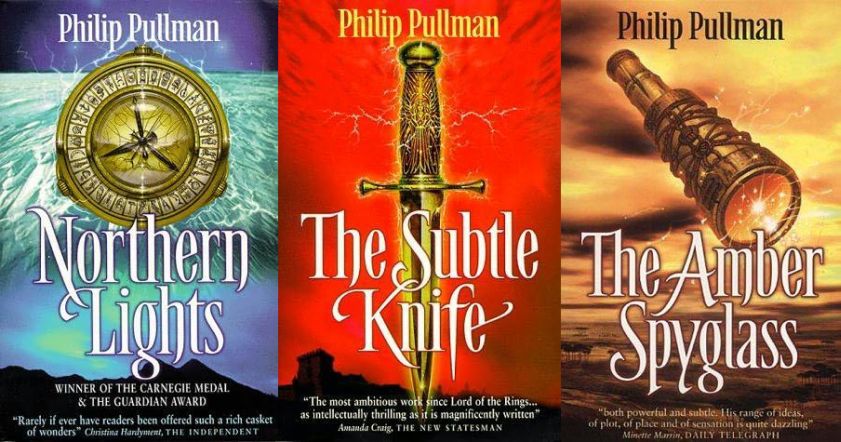 “We don’t need a list of rights and wrongs, tables of do’s and don’t’s: we need books, time, and silence. Thou shalt not is soon forgotten, but once upon a time lasts forever.”

Philip Pullman is known as one of the world’s most influential storytellers. He was born on the 19th October, 1946 in Norfolk. He was educated in England, Zimbabwe and Australia before his family settled down in North Wales.

After securing his Bachelors in Arts at Exeter College, Oxford, he began teaching. He taught middle school children and at the same time, he began to pursue his writing, the main reason he is a well known household name. His first book was “The Haunted Storm”, that also received the “New English Library’s Young Writer’s’ Award in 1972. After his second book, “The Ruby in the Smoke” was published in 1982 he ceased teaching and became a full time writer.  He started writing “His Dark Materials” in around 1993. This is, arguably, his most well-known trilogy. The first book of this masterpiece is “Northern Lights” (otherwise known as “The Golden Compass in the USA; yes, that one film with the polar bear), published in 1995, followed in 1997 by “The Subtle Knife”, and concluding with “The Amber Spyglass” in 2000. These books have snatched up several, well deserved prizes, such as the Carnegie Medal, the Guardian Children’s Book Award, and the Whitbread Book of the Year Award (for “The Amber Spyglass”), which was the first time in the history of that prize that it was given to a children’s book.

In 2007, he was appointed honorary professor in arts and humanities at Bangor University. Past vice-chancellor and honorary professor of the university, Professor Merfyn Jones, described him as “one of the finest writers in English today, and he is passionately interested in education.”

Seventeen years after Philip Pullman released his third volume of “His Dark Materials” and sealed the door to Dust and the magic that surrounds it, he opened up the door to it again with his first book “La Belle Sauvage” for his new series “The Book of Dust”. The second book will include a character named after Nur Huda el-Wahabi, a 16 year old victim of the horrendous Grenfell Tower fire. As part of the charity auction Authors for Grenfell Tower, Pullman offered the highest bidder a chance to name a character in the upcoming trilogy. He raised £32,400 to provide relief for survivors of the Grenfell disaster.

On Thursday the 7th of December at 8pm, Philip Pullman will be visiting Pontio, Bangor to give a talk. The Magic of Storytelling; In Conversation with Philip Pullman will be lead by Jon Gower. Jon Gower is an author himself and also a former BBC Wales arts correspondent. Philip Pullman will be engaging the crowd with the exploration of storytelling and the magic behind it. Be prepared for an eye opening talk with an influential man. Tickets are in the price range of £17.50- £12 for students and under 18’s. For discounts on group bookings contact the box office on: 01248 382828. Tickets can also be booked via the Pontio website.