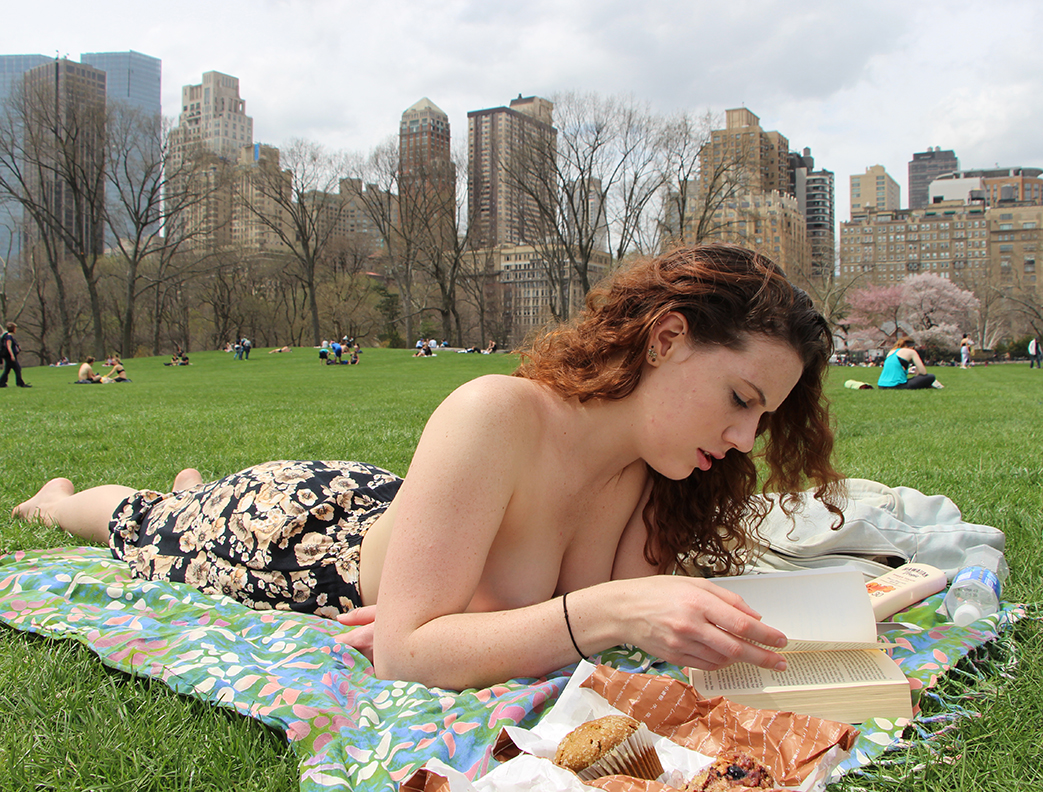 As it’s sunny in New York at this time of year, members of the four year old Outdoor Co-ed Topless Pulp Fiction Appreciation Society have been stripping off everywhere they can; the group want to celebrate good books and sunny days and enjoy both as long as the law lets them.

It’s not clear what connects reading and being topless but these women are evidently having a lot of fun proving there is one. Founder A. Andrews said that, ‘four summers ago, my best friend and I were talking about the law in New York that says women are free to go topless anywhere a man can, and about the fact that no women ever did. It clearly wasn’t because no woman would ever want to – when it’s 90 degrees outside, who wouldn’t rather be bare-chested than suffering under a shirt and bra? But most women didn’t know they had this right, and those who did were often afraid to take advantage of it. So we decided to create a group to combat that ignorance and fear. We made it a book club because we loved books and loved hanging out with other people who loved books. And it’s been going strong ever since.’ Andrews says that everyone has been incredibly supportive and that the response from the public was overwhelming. Some people were a little shocked but as she says ‘this is New York. Most people go out of their way not to be fazed by the unexpected sight.’

The women involved seem to be having the best time. ‘We don’t get as much reading done when we’re at one of our events as we would by ourselves in a silent, locked room, but then we don’t mean to – our gatherings are more social, and we spend more time chatting and discussing books than actually nose-down in the pages, reading them.’

This would be truly liberating but for some reason I can’t see it ‘taking off’ in Bangor.