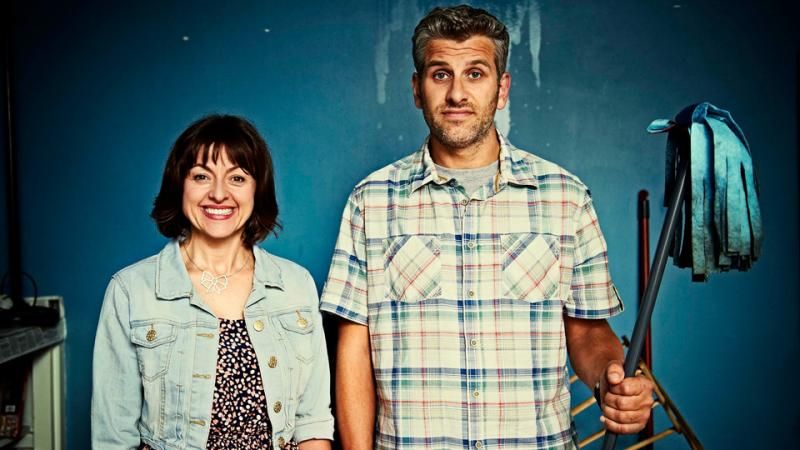 Initially I couldn’t help but feel sceptical about Channel 4’s new TV show The Mimic; the adverts looked good but it wasn’t getting as much advertising time as that god awful abomination that they broadcast called Gogglebox.

The basis of Mimic sounds quite obvious as well; it’s a TV show that follows the life of Martin Hurdle (played by Terry Mynott), a middle aged man with an unimpressive life who is capable of replicating the voices of the nation’s much loved celebrity treasures. These voices thus lead Martin into a cohort of shenanigans which turns his seemingly menial life interesting. Parading around with his friends including the ditsy neighbour and fellow sad-sap newsagent, Martin’s life is never short for events across the 5 episodes.

One thing I didn’t expect from the programme is that I’d actually find myself quite liking Martin as a character. Whilst he does seem to conform to the expected middle age sad sap, he also seems to have a lot going for him more than just the basic mid-life crisis only this time with a touch of impressionism. However, the voices at times or at least in the initial episodes just seem to blend into Martin’s woe.

The basis of the plot seemed to follow mainly typical sitcom styles, for example man has tragedy imparted on him by close friend, OH NO! Never fear he can “crash” with another friend right? With hilarious consequences? Got you!

The initial episodes were much stronger in my own opinion; they seemed to have a lighter hearted feel, whereas the latter seemed to attempt a deeper look into the lives of Martin and those around him, including his estranged son whose addition turns Martin’s life upside down.

Considering he’s not a household name, I was quite surprised by Mynott’s ability to act; whilst his Martin persona does seem to echo himself and how he appears in his YouTube videos, his acting is definitely credible.Receiving a lot of acclaim from the public on social media sites such as Twitter, Mynott himself has had an interesting journey leading to his channel 4 TV show.  Starting off on the comedy circuit Mynott was soon spotted by a comedy talent agent whilst performing stand-up, as well as this he’s previously worked with high profile names such as Rhys Darby.

Either way hopefully Channel 4 will consider a second series of Mimic but the only fear would be that dragging out something which in essence revolves around an unusual gimmick could quickly grow old.