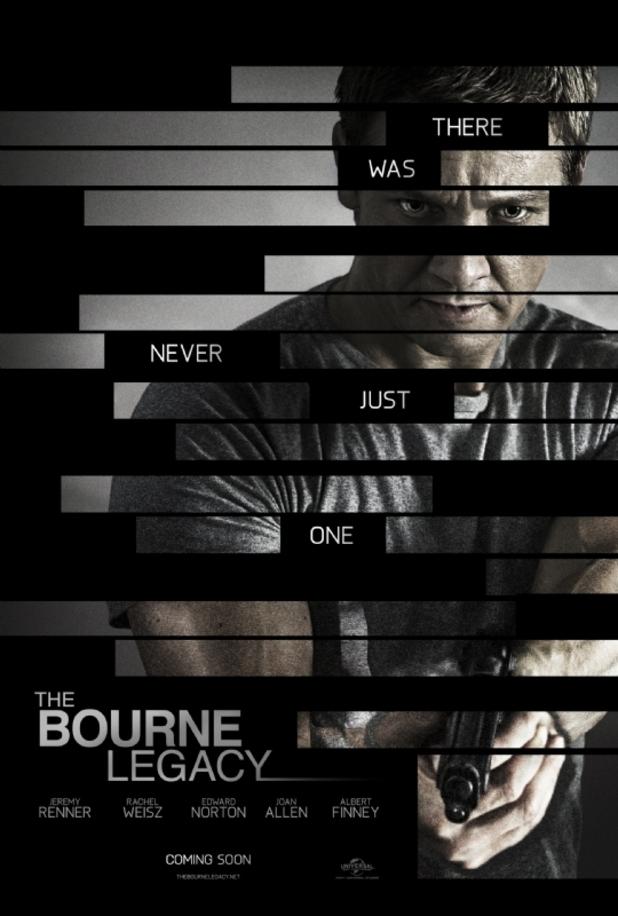 The Bourne Legacy is the fourth film of the Jason Bourne series based loosely on Robert Ludlam’s novels. Following years of will they won’t they the film finally came around to be developed without original director Paul Greengrass and without the appearance of Matt Damon as lead Jason Bourne. This paved the way for Jeremy Renner (previously Hawkeye in the Avengers) to take the mantle of protagonist Aaron Cross.

The ‘Bourne Legacy’ carries on quite well from the previous trilogy; however it becomes obvious that the film was never meant to be stand-alone. The plot itself not only carries on from the events of Ultimatum but somehow manages to interlink itself to what has happened. Part of the plot seems to be set simultaneously with the events of Ultimatum but not in a slapdash rush, but in a way that seems as though they always meant this to happen. The presence of the Jason Bourne character is still felt throughout the film without him actually needing to be present. This however takes nothing away from Renner’s efforts as Cross but builds upon the successful franchise.

The same old villainous government take the place of the antagonist, who still plagues Cross as they did Jason Bourne to set up the style of Bourne film we’ve grown accustomed to. In a similar fashion to the first three films the new instalment of ‘Bourne’ is spread out in a plethora of expansive locations world-wide and that was definitely something that caught my eye; although a big spending blockbuster shouldn’t really have shocked me, right? Ultimately the film has left itself open to a further film, but that was something we must have surely expected considering the book series consisted of 10 titles, 3 making up a trilogy and the rest making up, well the rest.

All-in-all I felt that the Bourne legacy was a good film, similar to what we’ve come to expect from the enjoyable series, full of crashes, chases, and shoot-outs. It wouldn’t be an action film without a roof-top chase now would it? Whilst the film could well have attempted to seem like a stand-alone film riding on the Bourne name, the creative team have clearly tried to create a “legacy” for the films and in fact, I found that the title Legacy and lack of Jason Bourne himself made more sense.