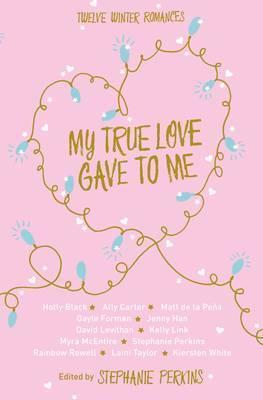 The christmas period might be the time of the year where you love to pick up a new book and enjoy the atmosphere of christmas  or maybe you have a friend you loves to read around the festive period who would love to add a new book to their shelves that they can read this year, either ways christmas is a great time to settle down and find yourself some new books to read, with plenty of genres, which all have a little bit of Christmas magic. Curl up under a blanket, make yourself a hot chocolate covered with whipped cream and mini marshmallows, and settle down with these festive reads – the perfect companions for a cosy Christmas night in.

My True Love Gave to Me: Twelve holiday Romances edited by Stephanie Perkins

If you are a fan of the classic Love Actually or the new Netflix film Let it Snow, this book is a great Christmas read for you. Edited by Stephanie Perkins, this book is an anthology of different holiday romances for whatever you celebrate: Christmas, Hanukkah, or the Winter Solstice. Written by twelve of the bestselling young adult authors, such as Rainbow Rowell, Laini Taylor and David Levithan, My True Love Gave to Me is a treat for everyone, especially fans of the festive season. 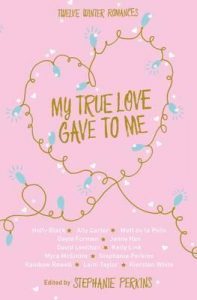 Twas the Nightshift Before Christmas by Adam Kay

As a follow-up to his bestseller This is Going to Hurt, Adam Kay returns with a festive read for the season. This is the hilarious, poignant and entertaining story of the life of a junior doctor at the most challenging time of the year. With twenty-five stories of intriguing, shocking, and incredible Christmas incidents, the British public should finally appreciate the sacrifices made and challenges faced by the unsung heroes of the NHS on a day to day basis. This short collection is fully illustrated (as tastefully as possible) and will delight anyone who loves Adam Kay. 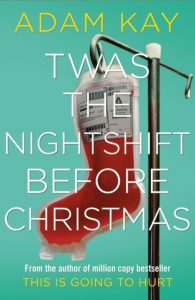 The Nutcracker and the Mouse King by E. T. A. Hoffmann

First written in 1816, one of the oldest stories on this list, The Nutcracker and the Mouse King is a classic Christmas story that has been adapted many times, usually for the Christmas period. The story follows young Marie Stahlbaum and her favourite Christmas toy, the nutcracker, who comes alive and defeats the evil mouse king in battle, after which she is whisked away to a magical kingdom that is populated by dolls. In 1892, the Russian composer Tchaikovsky was inspired by the short story, and with the help of choreographers Marius Petipa and Lev Ivanov turned story into a famous ballet, The Nutcracker, which is now one of Tchaikovsky’s most famous compositions. The original story is a perfect quick read to get you ready for the festive season. 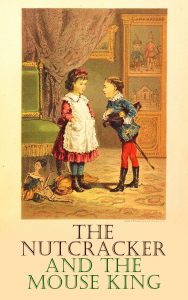 One Day in December by Josie Silver

If you’re a fan of those cheesy romance movies which play 24/7 on TV during the season, One Day in December is a great winter romance for you to enjoy. It is a love story about what happens after you meet, or rather, don’t meet the one. Laurie is pretty sure that love at first sight only exists in the movies, but then, through a misted-up bus window one snowy December day, she sees the man who she knows instantly is the one for her. Their eyes meet in a moment of pure magic… and then the bus drives away. Certain that it was fate and that she will find him again, Laurie spends a year scanning every bus stop and café in London hoping to find him. But she doesn’t – not when it matters, anyway. Instead they ‘reunite’ at a Christmas party, when her best friend Sarah introduces her new boyfriend, Jack – the man from the bus, as luck would have it. What follows for Laurie, Sarah, and Jack is ten years of friendship, heartbreak and missed opportunities. This story is joyous and heart-warming, making it a great read for those cold December days. 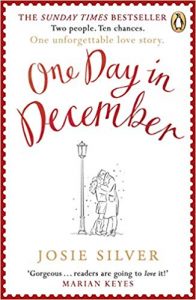 The Bear and the Nightingale by Katherine Arden

If Christmas is a time of snow, magic and fairy tales for you, a good read is the first book of the Winternight Trilogy. In the deep Russian wilderness, winter lasts most of the year, but Vasilisa doesn’t mind – she spends the winter nights huddled around the fire with her siblings, listening to her nurse’s fairy tales. Above all, her favourite is the chilling story of Frost, the blue-eyed winter demon, who appears in the frigid night to claim unwary souls. Wise Russians fear him, her nurse says, and honour the spirits of the house and yard and forest that protect their homes from evil. But after her mother dies, her father goes to Moscow and brings home a new wife, and her new step-mother forbids her family from honouring the household spirits. Vasilisa fears this may have severe consequences, and indeed, she is right. As danger circles, Vasilisa must defy even the people she loves and call on dangerous gifts she has long concealed, in order to protect her family from a threat that seems to have stepped out of her nurse’s most frightening tales. 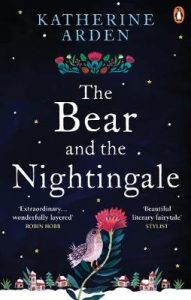