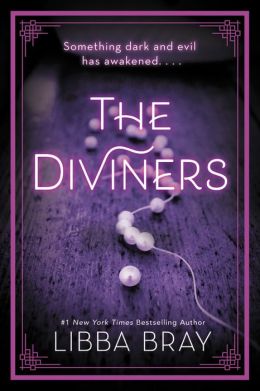 It is that time of year where the shops are decked out with giant bags of sweets, cobwebs are used as dressing for the windows, and everyone is getting dressed up, Scary or not. Halloween is a very atmospheric time of year, and in your free time you might be able to find time to read a book. Maybe around Halloween you already have chosen what books you want to read, however if you are looking for something new, or maybe you always want to hear about new books, here are five books that fit this time of season. While these books can also be read all year round, Halloween and the autumn months are the perfect time to pick up and start one of these five reads.

The Diviners by Libba Bray 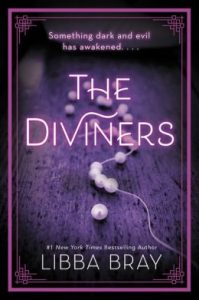 This young adult fantasy series has a great atmosphere that is the right fit if you are a fan of the Harry Potter series. Set in the roaring 1920’s, the book follows our protagonist Evie O’Neill who has been exiled from her hometown and sent to stay in New York City, filled with speakeasies, Ziegfeld girls and rakish pickpockets – and she couldn’t be more excited! The only issue is that she has to stay with her Uncle Will who has an unhealthy obsession with the occult. This obsession makes Evie worry that her uncle will discover her darkest secret: her supernatural power. But when the police find a murdered girl who has been branded with a cryptic symbol and Will is called to the scene, she realises she may be able to use her gift to help catch this young girl’s killer. As Evie jumps in headfirst into a murder mystery, other stories in the city start to unfold. A young man named Memphis is caught between two worlds. A chorus girl named Theta is running from her past. A student named Jericho hides a shocking secret. And unknown to everyone, something dark and evil has awakened. Everything about this book makes it the perfect spooky read for the season: the mystery, the setting and its characters. If you want a good scare this is the book for you. 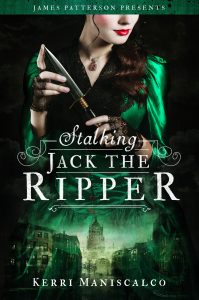 If the murder mystery vibe is more your thing, this historical fiction novel is the perfect read for you. Stalking Jack the Ripper follows seventeen-year-old Audrey Rose Wadsworth, a lord’s daughter with wealth and privilege set out before her, but who leads a double life. Against her father’s wishes, Audrey secretly has an apprenticeship with her uncle to study the gruesome practice of forensic medicine in his laboratory. When she works on a string of corpses that have been gruesomely killed, it leads her into the investigation of a cruel serial killer and her search for answers brings her close to her own sheltered world. Full of shocking twists and turns and a story inspired by the famous Ripper’s murders, this creepy horror novel is a great read to get you in the mood for Halloween. 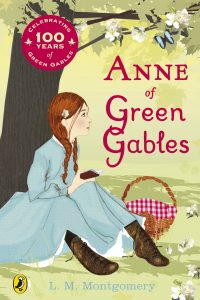 While this book may be an unusual fit for these recommendations, it has been included for those who cannot stand anything spooky or scary but still want a nice, endearing read for the autumn season. Anne of Green Gables does just that. This book follows Anne Shirley, an orphan who has been sent to the Green Gables farmhouse and immediately wants to stay forever. But the Cuthberts asked for a boy to help with farmwork, and not a young girl with fiery red hair and a temper to match. Anne, with her imagination and easy way with words, is unlike everyone else, and it is not long until the Cuthberts can’t imagine Green Gables without Anne. This book is comfortable, wholesome, and suitable for any age. 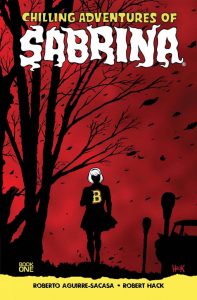 Fan of the Netflix TV series? Or just enjoy a good graphic novel? This is the read for you. On the eve of Sabrina Spellman’s sixteenth birthday, the young girl finds herself having to make a difficult decision: a choice between an unearthly destiny and her mortal boyfriend Harvey.  However, an enemy from her family’s past, known as Madam Satan, has now arrived in Greendale with her own deadly agenda. This graphic novel has the horror and creepiness expected from this type of story, and the artwork is perfect. So if you want a quick read for Halloween, this graphic novel could be it. 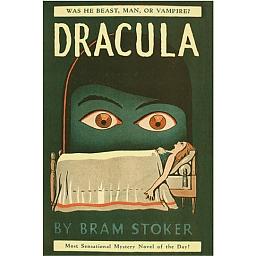 One of the classics of horror, Dracula is the perfect read if you want a classic vampire story just in time for Halloween, one which has inspired so many of our favourite vampire and monster stories. The story is told through letters, diary entries and newspaper clippings, and begins with Jonathan Harker who visits Transylvania to help Count Dracula purchase a house in London, and makes horrifying discoveries in his client’s castle. Not long after, many disturbing incidents unfold in the English town of Whitby after a ship comes ashore with its crew missing, leading to a battle of wills between the vampire hunter Van Helsing and Dracula himself. In this classic masterpiece of the horror genre, Bram Stoker creates the perfect read for this season.