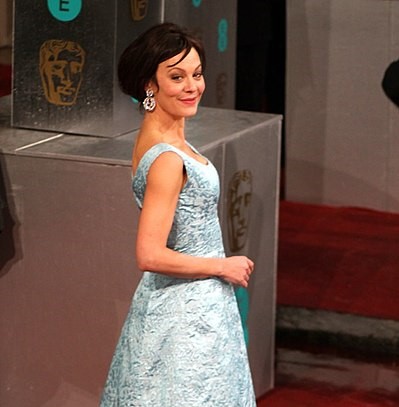 On Friday 16th April 2021, the sad news was announced to the world of the passing of Helen McCrory, OBE, an incredibly versatile actress of stage, film, and television, at the age of 52. Several moving tributes have been made by those who knew and performed alongside her, after her husband, actor Damian Lewis, 50, revealed on twitter that she had been battling with cancer for some time. He described her as a ‘meteor’ who ‘shone more brightly in the last few months than you’d imagine the brightest star could shine’. The two had met in 2003, while acting opposite one another at London’s Almeida Theatre, and married in 2007.

A widely recognised star who studied at the Drama Centre London in the 1980s, she started her career in theatre, garnering several supporting roles in films such as An Interview with a Vampire and Cherie Blair in The Queen. However, her most recognised roles are as Narcissa, Draco Malfoy’s mother in the Harry Potter franchise, and Aunt Polly Gray in the phenomenally popular TV series Peaky Blinders, in which she appeared for five series. Her final acting role was as the voice of Lord Asriel’s daemon Stelmaria in His Dark Materials, after displaying a range of talent in recent dramas such as Fearless and Penny Dreadful.

The news came as a huge shock to the public, after the actress had kept her illness private. She was often seen as fearless, with an infectious happiness and courageous spirit that inspired many who knew her. Before her passing, she and Damian had become involved with Feed NHS, an initiative that seeks to raise funds through giving food from restaurants to NHS staff. A remarkably generous woman in her personal and professional life, Helen McCrory will be remembered as one of the defining actresses of her generation, sadly missed by all.