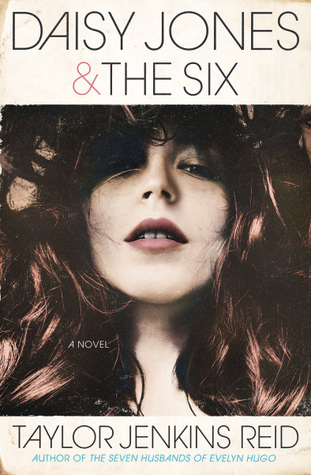 Released in February 2019, Taylor Jenkins Reid’s new novel is one to make you laugh, cry and feel every emotion in between. Daisy Jones and The Six is a novel that, just like your favourite song, is one to stick with you for a long time.

Everyone who knew something about music, or even if they didn’t, knew about Daisy Jones and The Six. They sold out arenas from coast to coast and their music helped to define the era. Every young girl in the 70s idolised Daisy, however on the 12th July 1979, the last concert of their Aurora tour, the band shockingly split. Nobody knew why one of the most popular bands in the world would choose to split at the absolute height of their fame…until now. Written as if it was an interview with the band themselves, this novel covers the story of when their careers first began. Daisy, a young girl in the late sixties, whose voice is slowly getting discovered. At the same time The Six which is led by the brooding Billy Dunne who has gone a little wild on the road after finding out his girlfriend Camila is pregnant on the eve of his first tour with the band. Daisy and Billy eventually cross paths when a producer realizes that the key to even more success is to put the two together, Forming the legendary Daisy Jones and The Six.

The book has the unique perspective of being written as if it was an oral interview with the band themselves, showing each character’s own side to the story from where it began. Taylor Jenkins Reid uses this form of storytelling to her advantage by showing that each character has their own version of events, and it is up to you to read between the lines to try and find the true story within it. While there can be some issues with this storytelling style, if you have the chance to listen to the audiobook, it can greatly enhance your reading experience due to the large cast of characters. With the interview setting, it feels as if you are truly listening to a personal story therefore making you more attached to the characters. Also, rumour has it that Reese Witherspoon is working on an adaption of the book for Amazon, so hopefully we will get the chance to listen to the songs that are described in the book.

“It is what I have always loved about music. Not the sounds of the crowds or the good times as much as the words – the emotions, and the stories, the truth – that you can let flow right out of your mouth. Music can dig, you know? It can take a shovel to your chest and just start digging until it hits something.”-Taylor Jenkins Reid