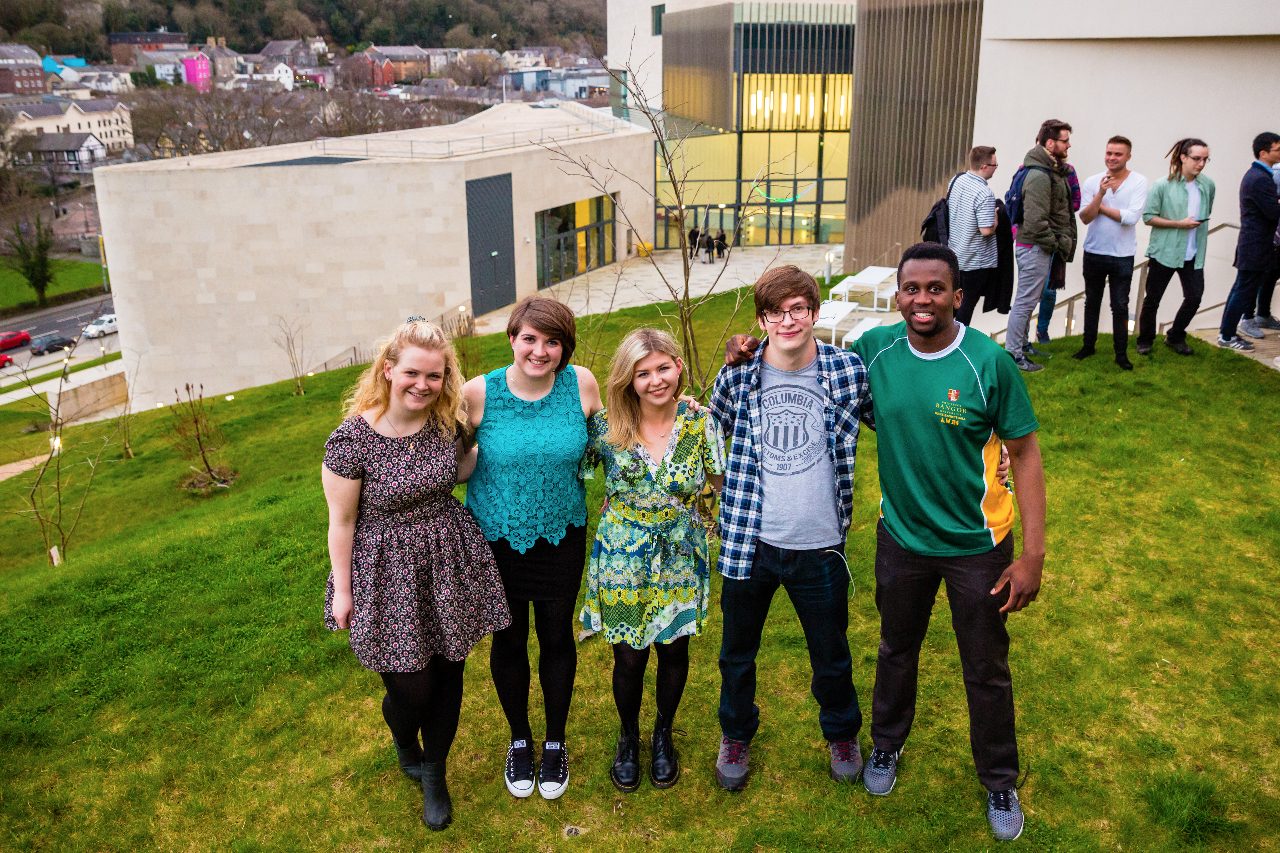 The UNDEB sabbatical officers for 2017-18 were announced tonight following a record breaking 2145 votes being cast by students from across the university.

The first result to be announced was the UCMB President for which Mirain Roberts was elected, her being the sole runner. She said: ‘ It’s great to take over from Ifan James who has done a great job. We’ve got a great team in place for next year.’

The second result of the night was the VP for Education for which Helen Marchant had been seeking a second term. Managing a huge 1080 votes in the first round, she beat her nearest rival Ankita Goyle by 743 votes making her the only returning sabbatical officer for next year. She said: ‘It’s going to be an interesting year although it’ll definitely be strange without the old team.’

Third up was the VP for Sport. Following Becca Kent’s completion of the maximum two successive terms, a new candidate was required for the job. In arguably the closest vote of the night, Tatenda Shonhiwa was the successful candidate beating closest rival Thomas Lee by a mere 77 votes in the 3rd round after other candidates were eliminated. Clearly relieved, Tatenda said: ‘It’s like a huge weight has been lifted off my shoulders and I can relax now. I’m looking forward to starting though and getting stuck in.’

The forth result to be announced was Ruth Plant as the new SU President. This post had the largest number of candidates with five students competing for the position but after successive rounds it came down to Elizabeth Strange and Ruth Plant. Despite being closely run by Elizabeth Strange, Ruth managed to win with 900 votes to Elizabeth’s 675. Clearly overwhelmed she said: ‘It’s just a fantastic feeling. There’s nothing else which compares job wise and the fact that we get to do it in this fantastic city which I love is amazing.’

The final result of the night was for the hotly contested VP for Societies and Volunteering for which last year’s sabbatical officer Matt Day was running for re-election. Taking the result to three rounds, he lost by 161 votes to his successor James Williams who took 838 votes. Becoming the first candidate to beat someone running for re-election in the SU elections, he said: ‘Obviously it’s controversial, due to beating Matt, but I’m just eager to move forward as a union. I hold volunteering close to my heart and I’m looking forward to helping the union promote equality for all.’