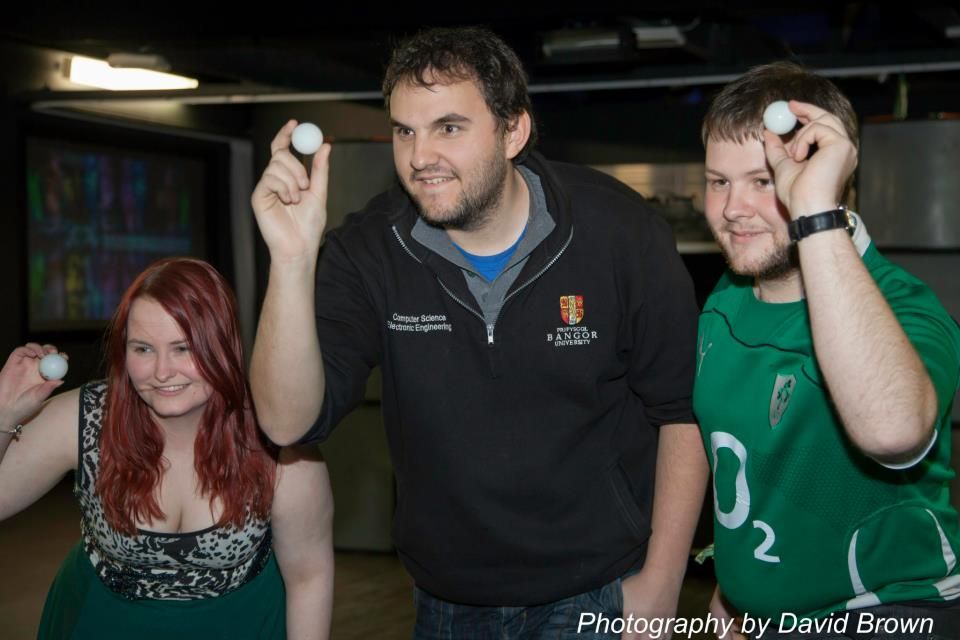 This issue I attended a brand new society which has been running ‘underground’ for a while in people’s kitchens and flats, but has since been granted official status by the University – mostly thanks to the VP for Sports and Societies, Ash Kierans. The society is Beer Pong and although for someone like me who is wheat-intolerant this sounded like a recipe for disaster, thankfully it can be played with any drink and so is perfect for everyone, even if you don’t like beer! Since becoming an official society, they have acquired the use of Academi for their tournaments and these run once a fortnight on a Saturday, starting from around 7 and finishing about 10. To enter, you need a team (2 players) and preferably an awesome team name – but don’t worry if you can’t find anyone to enter with as the members are always looking for new players, no matter whether or not you’ve played before. Should you be fortunate enough to win one of these tournaments, you become one of the societies ‘ELITES’ and get a special 1st place t-shirt and vouchers for Asda and even the runners-up bag themselves a t-shirt, so aim high and you might just get lucky!

In order to play, you must agree to the Code of Conduct, which in all honesty simply means you agree to use your common sense and drink responsibly and the rules themselves are fairly straight forward. However, if like me you often don’t start playing beer pong until you are already slightly intoxicated and therefore find it near impossible to remember the rules, don’t fear as each player is given a hand-out explaining them at the start. All in all, this society is perfect if you’re looking for a chilled Saturday night with friends (as everyone knows students don’t usually have much to do on Saturday nights) and even though it has only just started, it is already proving highly popular and a very well-organised, friendly society to be a part of.