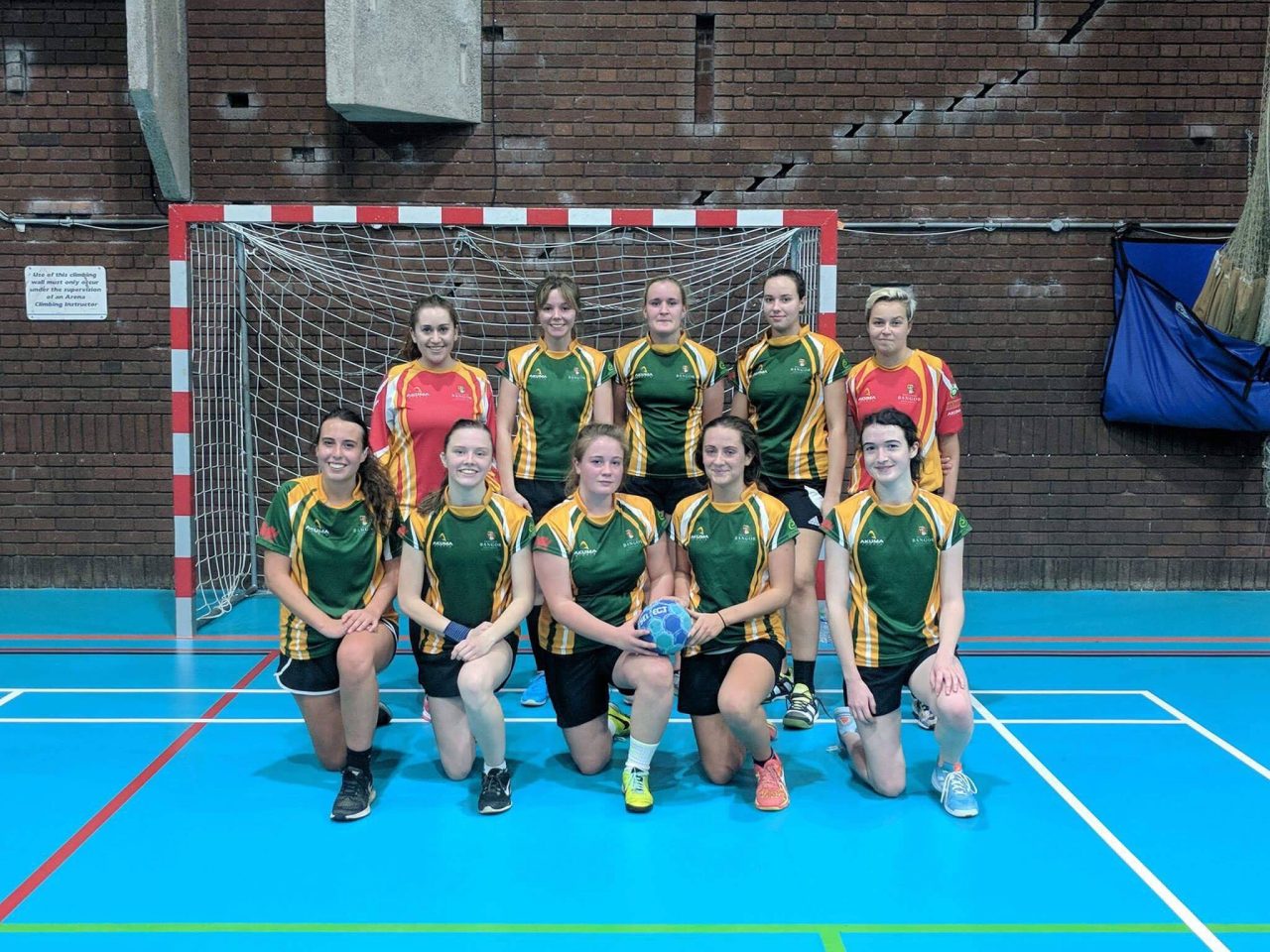 On 28th October,  Bangor University’s Women’s Handball Team played their first match in this year’s Nationals competition, at Northgate Arena in Chester. Unfortunately, they lost of 33-8 to Leeds Beckett who fielded a very strong and experienced team, but the score in no way reflected the team spirit and dedication of the ten girls who traveled with Bangor. With Leeds having several players
who have trained at GB level, and one who plays for the Super 8 league – the highest level of club Handball in England – Bangor were up against one of the toughest opponents in their group. 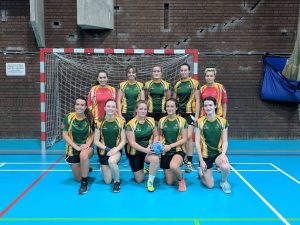 Each girl worked relentlessly throughout the game, with some even playing for the full hour. They kept their heads up and did not let the score affect their performance. They worked as a strong unit on defense, stepping out and wrapping girls who were much stronger than they and could score from the nine-meter line, something Bangor are not used to. As for attacking, They displayed courage and ability when driving into their defense to shoot, scoring some fantastic goals by doing so! Bangor had 8 brilliant goals to start our Nationals journey. Siân Robinson (1), Hannah Davies (1), Malin Tillström (1), Hannah Smith (1), Rosanna Haigh (2), and Emma Smith (2). Emma won their peer-nominated “Player of the Day” for her solid effort throughout, and going past the defenders as if they weren’t even there. That said, every girl on that pitch put up a tremendous fight. At times, Bangor made the game extremely difficult for Leeds and their performance as a team was something to be proud of.
Bangor’s next round of Nationals is on the 3rd December, where they will take on Lancaster University and Liverpool University at Northgate Arena.